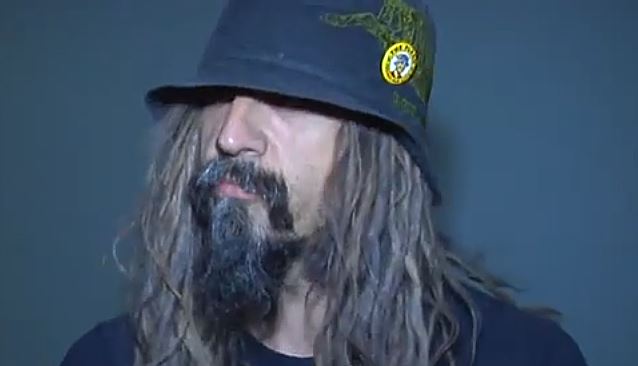 During the Rockstar Energy Mayhem Festival tour this past summer, each act worked with a veterans charity and Rob Zombie chose the Puppy Rescue Mission. According to The Pulse Of Radio, Zombie explained to Radio.com, "A lot of soldiers in Afghanistan would find these dogs and bond with them and sneak them on the bases, even though they weren't supposed to have them. It was probably the only moment of sanity for these guys, when they spent time with them."

Zombie added, "Some of the stories I've heard are horrible: people would torture these dogs, and kill them for fun. These guys saved these dogs, and really bonded with them. But they weren't allowed to take them home, and if they could, it was so expensive. That was a cause I could really understand and get behind. Imagine being that far from home and bonding with a dog and then being told to just leave him there and then get on a plane to go home. No way!"

Zombie will next co-headline the "Night Of The Living Dreads" tour with KORN. The 17-date run begins on November 3 in Reno, Nevada and wraps on November 26 in Bethlehem, Pennsylvania.

He is also gearing up for the opening of his "Great American Nightmare" Halloween music and horror event, set to begin on October 10. The event will be held every Thursday, Friday, Saturday and Sunday through November 2 at FEARPlex in Pomona, California with 15 nights of music, culminating with a November 2 headlining performance by Zombie himself.

The centerpiece will be one of the most advanced haunted house attractions in the world, with three separate areas each named after a film directed by Zombie.

Zombie is also prepping to direct his next film, "Broad Street Bullies", which will tell the story of the notorious Philadelphia Flyers hockey team of the mid-'70s. Zombie said, "I was always a huge hockey fan. I wanted to be a pro hockey player before I even knew there was music. I was a diehard Bruins fan." Zombie added that he has another movie in the works as well, which is also not a horror film like his five previous efforts.