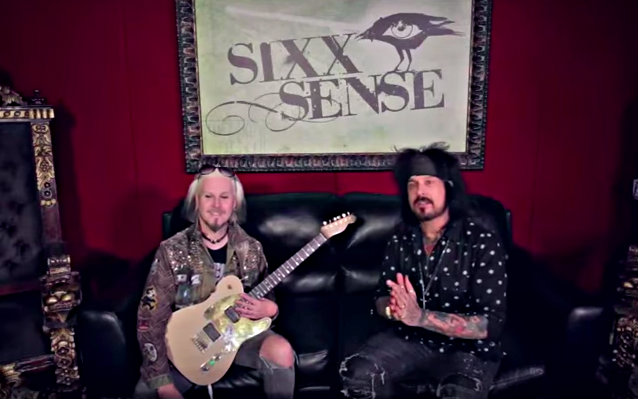 In the episode, which can be viewed below, John 5 talks about the show "Hee Haw" inspiring him to pick up the guitar and the beauty in simplicity. He dispalys his chicken pickin', shows off the awesome riffs in some Michael Jackson hits and country riffs in metal songs. He also speaks on his inspirations ("anything out of the norm") and talks about how he went from wanting to only be a session performer to touring the world.

In "My Favorite Riff With Nikki Sixx", Nikki sits down with some of the world's greatest guitar and bass players, along with future stars, to talk about music, gear, and most importantly, riffs. Think of it as "Comedians In Cars Getting Coffee" but with rock stars.