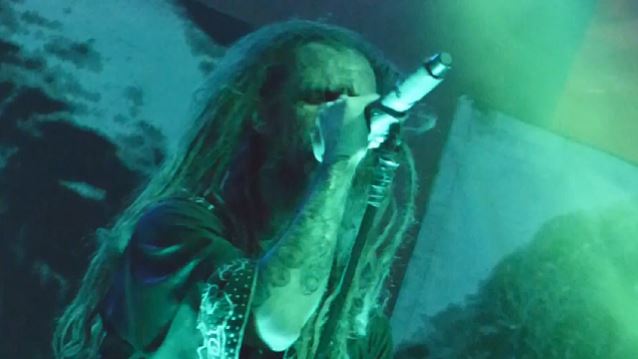 Both Great American Nightmare locations will be open October 30 and 31, and November 1 for those that would like to experience the ultimate Halloween horror event firsthand.

At WestWorld Of Scottsdale in Scottsdale, Arizona, patrons take a sensory-deprived journey through "The Lords Of Salem In Total Black Out" before witnessing the debut of "Captain Spaulding's Clown School In 3D and The Devil's Rejects".

The Odeum Expo in Villa Park, Illinois, near Chicago features "The Lords Of Salem In Total Black Out", "The Haunted World Of El Superbeasto 3D", and "Haunt Of 1,000 Corpses" — first seen at the inaugural Great American Nightmare in Pomona, California in 2013.

Tickets for Rob Zombie's Great American Nightmare are on sale now at GreatAmericanNightmare.com, with prices starting at $25. A limited number of VIP packages are also available for purchase. All VIP packages include a commemorative t-shirt and quicker access to the haunted attractions than general admission.