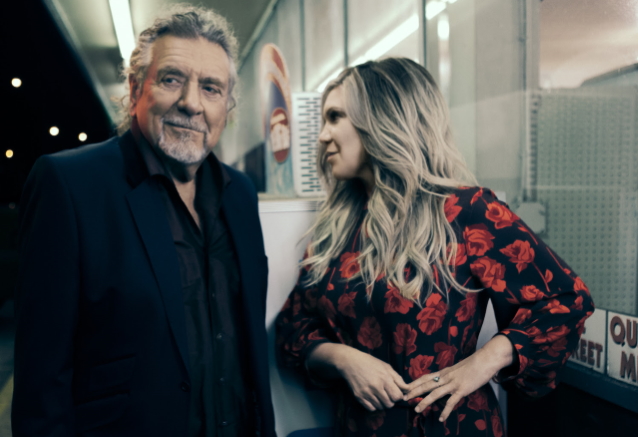 Today, Robert Plant and Alison Krauss invite the world to "Raise The Roof". The long-awaited successor to their monumental 2007 album "Raising Sand" is out now, and to celebrate the occasion the duo have announced their first tour in twelve years. Beginning on June 1, 2022, the Rock And Roll Hall Of Famer and 27-time Grammy winner will bring their brand new music to an international run of bandshell shows, including New York City's Forest Hills Stadium.

The release of "Raise The Roof" has been accompanied by a host of major appearances and performances from Plant and Krauss. Earlier today they gave their first U.S. TV interview tied to the album on "CBS Mornings". Tonight, they will perform on "The Late Show With Stephen Colbert", and tomorrow on "CBS Saturday Morning". In the meantime, this afternoon, fans can see the two icons play a few of the new songs at 12 p.m. CST / 1 p.m. EST on a global livestream presented in partnership with YouTube, in addition to a virtual conversation with critic Ann Powers at 1 p.m. CST / 2 p.m. EST, during NPR Music's Listening Party event.

In the weeks leading up to "Raise The Roof", the album has been celebrated with a New York Times Sunday Arts & Leisure profile, a multi-page spread in Vanity Fair, as well as features in Variety, Entertainment Weekly, People, Associated Press and far beyond. Says The New York Times: "'Raise The Roof' almost magically reclaims the spectral tone of 'Raising Sand', then finds ways to expand on it, delving further into both quiet subtleties and wailing intensity."