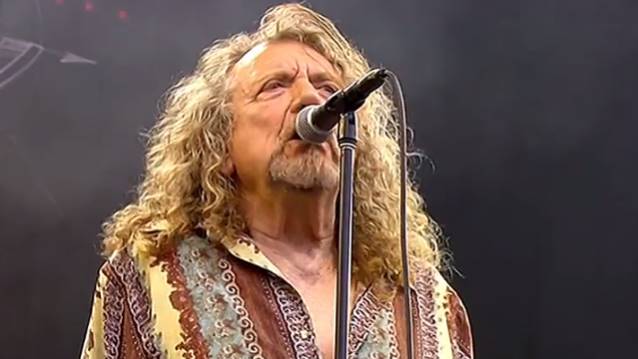 According to The Pulse Of Radio, Robert Plant shared some ambiguous explanations as to why he refuses to reunite with his LED ZEPPELIN bandmates. During an interview with Sound Opinions, he explained that he developed his lifelong creative wanderlust while fronting the pre-ZEPPELIN group BAND OF JOY with John Bonham, recalling, "I was 19 years old then — why would I ever compromise from then on?" Plant went on to say that he viewed his musical journey as "a colorful, exciting future," which at times has included ZEPPELIN.

When talking about the "the nostalgia trip" he claims baby boomers indulge in, he said, "I cut the cloth according to my needs. This, to me, is I think one of the most surprising, exciting and stimulating and also mostly heartfelt periods of my time as a singer."

Plant pressed how important it was for him to stay interested and challenged by his collaborators: "The gray matter between your ears has gotta be stimulated. So how wonderful to have been in such great company for so many different parts of my life. A mass of people switch on to various parts of it, and it gives me the luxury of being able to do whatever I want to do."

With the entire rock world going insane with "ZEPPELIN" fever in the weeks and months following the band's 2007 reunion show, Robert Plant — who was the lone hold-out on any future ZEPPELIN gigs — was asked how he stayed calm with all the excitement centered around the band: "Well, I don't think anybody actually asked that question, to be perfectly frank — apart from the media. So, here I am, just doing what I do."

"Lullaby… And The Ceaseless Roar", Plant's new solo set with backing band SENSATIONAL SPACE SHIFTERS earned the former LED ZEPPELIN frontman a Top 10 hit on The Billboard 200 album chart. According to The Pulse Of Radio, "Lullaby… And The Ceaseless Roar" came in a full five spaces under Plant's previous studio set, 2010's "Band Of Joy", and far below his Top 2 runaway hit with Alison Krauss on their groundbreaking 2007 "Raising Sand" collection. Plant's 2004 album, "Mighty Rearranger", got as high as No. 4.