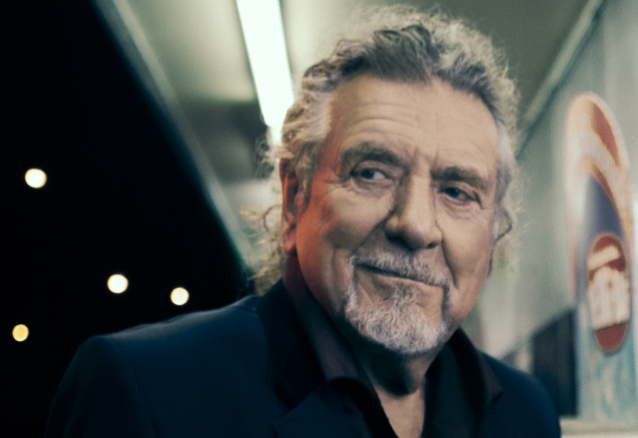 During an appearance on "Loose Ends" on BBC Radio 4 earlier this week, Robert Plant commented on the copyright dispute over whether LED ZEPPELIN's classic song "Stairway To Heaven" was a rip-off of SPIRIT's "Taurus".

In June 2016, a Los Angeles jury deliberated for about five hours before deciding unanimously in favor of LED ZEPPELIN. The case was revived in 2018 before a court of appeals upheld the original verdict last year. In October 2020, the U.S. Supreme Court declined to hear the case, definitively ending it.

Asked "what sort of experience" it was to have to testify at the 2016 trial, Plant told "Loose Ends": "What can you do? I just had to sit there. I was instructed to sit directly opposite the jury: 'Don't look at them, but just don't look at anybody. Just sit there for eight hours.'

"As much as I am musical, I cannot comment on anything musical. I just sing," the LED ZEPPELIN frontman continued.

"There are zillions and zillions of songs that are carrying the same chord progression, so it was very unfortunate, and it was unpleasant for everybody."

Enrico Bonadio, a senior lecturer in law from City University London, told Newsweek in April 2016: "I don't think that it is appropriate to consider the act of devising a tune that simply has the same 'feel' and 'groove' as another as copyright infringement. This is how music creativity often works. Musicians frequently build upon earlier arrangements and styles, and so the increasing occurrence of cases such as these should give us pause."

After the 2016 trial, plaintiff's attorney Francis Malofiy claimed he lost his case on a technicality, insisting that it was unfair the jury was unable to listen to the sound recording of "Taurus" and instead was limited to hearing an expert performance of the registered sheet music.

Malofiy received over a hundred sustained objections and "multiple admonishments" during the ZEPPELIN trial, with the band's publishing company Warner/Chappell Music filing documents asking the judge to order the plaintiffs to pay over $613,000 in costs for defending against the lawsuit.