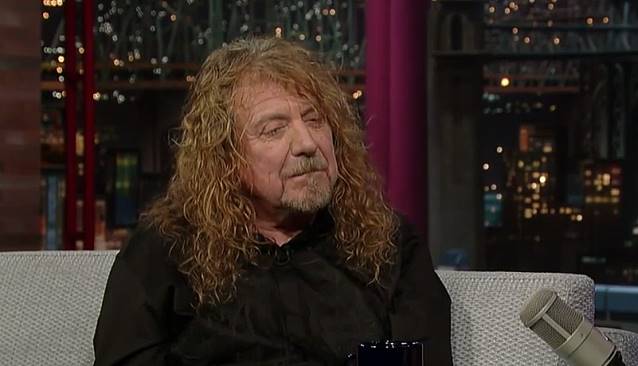 The Pulse Of Radio reports that despite Robert Plant revealing last year that he wasn't the one keeping a LED ZEPPELIN reunion from happening — it now seems that he is. While promoting the June 3 reissues of ZEPPELIN's first three albums, both Plant and Jimmy Page spoke to BBC Radio, and when the question of another ZEPPELIN reunion concert — like their 2007 London gig — came up, Page said, "I'm sure people would love to hear it. I'm not the one to be asking, I don't sing." When Plant was asked what the chances were for a ZEPPELIN reunion, Plant simply offered up: "Zero."

It certainly was a change of tune from Plant's 2013 interview with Australia's "60 Minutes" when he revealed: "Y'know, the two other guys are Capricorns and they keep schtum. They don't say a word. But they are quite contained in their own worlds and they leave it to me. . . and I'm not the bad guy." When reminded that the fans long believed him to be the "bad guy," Plant said, "Well then, you need to see the Capricorns — 'cause, I've got nothing to do in 2014."

During LED ZEPPELIN's 2012 New York City press conference to publicize "Celebration Day", Robert Plant admitted that the pressure of making music under the LED ZEPPELIN moniker is tremendous. "I think expectations are horrific things," he said. "I mean, if you go off and play in North Africa, or something like that, you just, you know you're going to have a good time and you're going to work with people and there's nothing else about it. That's how we started, in a little room with Jason's dad [Bonham] all that time ago. So, to actually, to do anything at all together is such a kind of incredible weight, because I think we were really propelled by Jason and his enthusiasm."

Coming on June 3 will be deluxe editions of LED ZEPPELIN's first three albums: "Led Zeppelin", "Led Zeppelin II" and "Led Zeppelin III". The launch of the reissue program, which is being led by Jimmy Page, includes the band opening "its vaults to share dozens of unheard studio and live recordings, with each album featuring a second disc of companion audio comprised entirely of unreleased music related to that album."