LED ZEPPELIN singer Robert Plant has announced "Digging Deep: Subterranea", a journey through his solo recordings, from "Pictures At Eleven" in 1982 through to three previously unreleased, exclusive tracks.

Due on October 2, the limited-edition 2CD collection of 30 extraordinary songs, spanning four decades, can be pre-ordered at this location.

Prior to the coronavirus outbreak, Plant was due to tour the U.S. in May with his new band SAVING GRACE.

A new cooperative comprised of Suzi Dian (vocals),Oli Jefferson (percussion),Tony Kelsey (mandolin, baritone and acoustic guitars),Robert Plant (vocals) and Matt Worley (banjo, acoustic and baritone guitars),SAVING GRACE made its debut in early 2019 with a series of surprise gigs in small venues across England, Wales, and Ireland and later, a trio of U.K. dates supporting FAIRPORT CONVENTION. The intimate performances saw the band drawing from a repertoire of "music inspired by the dreamscape of the Welsh Marches," songs that span Plant's diverse tastes and influences, notably his lifelong passion for British and American folk, spirituals, and traditional blues, including a number of beloved standards and longtime favorites by Doc Watson, Donovan, Moby Grape and Low, among others.

RP is pleased to announce Digging Deep: Subterranea a journey through his solo recordings, from Pictures at Eleven in 1982 through to three new unreleased, exclusive tracks. 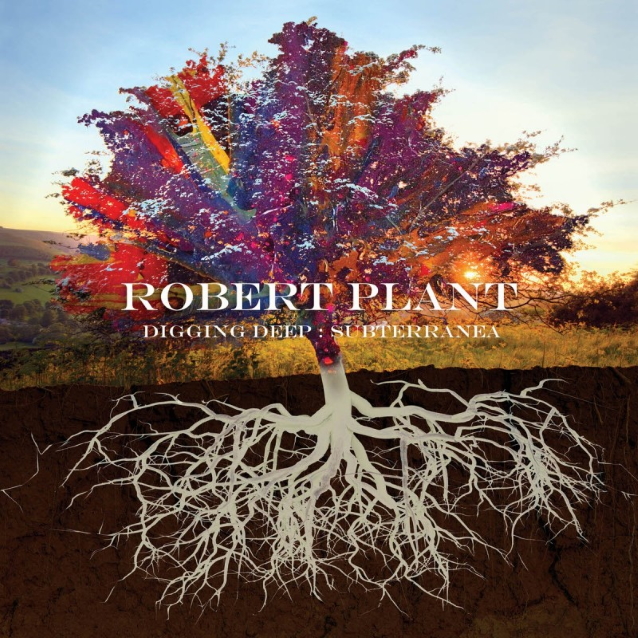