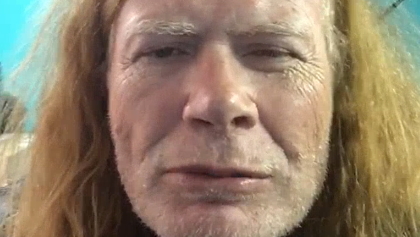 Paul Stanley (KISS),David Coverdale (WHITESNAKE),Tom Morello (RAGE AGAINST THE MACHINE),Perry Farrell (JANE'S ADDICTION) and Rob Zombie are among the rockers who have reacted on social media to the passing of THE ROLLING STONES drummer Charlie Watts.

Watts's death was confirmed by his publicist Bernard Doherty, who said in a statement: "It is with immense sadness that we announce the death of our beloved Charlie Watts. He passed away peacefully in a London hospital earlier today surrounded by his family.

"Charlie was a cherished husband, father and grandfather and also as a member of THE ROLLING STONES one of the greatest drummers of his generation. We kindly request that the privacy of his family, band members and close friends is respected at this difficult time."

Earlier this month, it was announced that Watts wouldn't join THE ROLLING STONES on their fall USA tour in order to recover from an undisclosed medical procedure. Filling in for him on the trek, which was scheduled to kick off on September 26 in St. Louis, was supposed to be his "great friend" Steve Jordan.

"For once my timing has been a little off," Watts said in a statement announcing his absence from the trek. "I am working hard to get fully fit but I have today accepted on the advice of the experts that this will take a while. After all the fans' suffering caused by COVID I really do not want the many fans who have been holding tickets for this tour to be disappointed by another postponement or cancellation. I have therefore asked my great friend Steve Jordan to stand in for me."

Prior to Charlie's death, the "No Filter" tour, which was originally supposed to happen last year, was scheduled to hit 15 cities from September through November.

A very sad day. Charlie Watts was the ultimate drummer. The most stylish of men, and such brilliant company. My deepest condolences to Shirley, Seraphina and Charlotte. And of course, The Rolling Stones.

I’m just shocked to hear about Charlie Watts. I don’t know what to say, I feel terrible for Charlie’s family. Charlie was a great drummer and I loved the Stones music, they made great records. Love & Mercy. pic.twitter.com/C4q2zXvVKo

I first saw The @RollingStones in 1966 in the Bay Area and have been a fan ever since. Charlie Watts was one of the great drummers and will be missed. Rest easy Charlie pic.twitter.com/FQKOXiSUpG

So sorry to hear the very sad news of Charlie Watts passing. He was such a nice guy and a major influence in the music business - he’ll be sadly missed. My deepest condolences to his family and to Mick, Ronnie, Keith and all his friends and fans. R.I.P.

Another very sad Day in the World of Music …. Just learned about the passing of Charlie Watts the legendary Drummer of the Rolling Stones … our deep Condolences go out to Charlie‘s Family and his bandmates …. RIP Charlie

Very sorry to hear of the passing of The RollingStones Drummer Charlie Watts.

My deepest condolences to his family, the band and the fans.

Sad to hear of Charlie Watts passing. The Rolling Stones have always been my favorite band, and Charlie was the engine of subltle and heavy grooves. I’ll put on “Sway” which is my favorite song of all time. Any of us in a rock band wouldn’t be here if it hadn’t been for Charlie. pic.twitter.com/0GsCAIEIO3

Saddened to hear about Charlie Watts. For those of us that love music, we’ve lost one of the true pioneers of rock-n-roll. A consummate performer and an even better human. There’s so much to say about Charlie, but for now we will listen to the gift he gave us all - his music. pic.twitter.com/8pNx8ZMzqG

Charlie Watts was the most elegant and dignified drummer in rock and roll. He played exactly what was needed - no more - no less. He is one of a kind. pic.twitter.com/aasPZ2fMYX

So saddened to hear about the passing of Charlie Watts . An absolute inspiration to a legion of drummers since the 1960’s. A man of grace , style , dignity and composure . pic.twitter.com/Nu4msDShAF

RIP Charlie Watts & thank u for holding down that spectacular groove on every Rolling Stone record. another legend down, but never ever forgotten. https://t.co/E0elgAlPiY

Farewell #CharlieWatts Beyond the Stones, he had legit jazz chops (& big band albums of his own to prove it). One of the best. Even drum snob & notorious carmudgeon Ginger Baker agreed. May they both meet up, jam & argue good-naturedly somewhere in the cosmos #ripcharliewattspic.twitter.com/kVlWsnRinh

“Don’t ever call me your drummer again. You’re my fucking singer!”#CharlieWatts

Rest In Peace Charlie Watts. You rocked the world you will be missed. Carmine Appice❤️❤️

Rest In Peace Charlie! One of the tightest, in the pocket drummer ever. The backbone of the ROLLING STONES. Legend! Condolences to his family, friends and fans.
.
.
.
.#rollingstones#drummer#rip#legend#charliewattshttps://t.co/WKzS717Mxb

So sad to lose a unique, iconic drummer. (and dancer)
He was a quiet gianthttps://t.co/W9QdcJwfur@RollingStones#DOTM#charliewatts#therollingstones#rollingstones

Charlie Watts was one of my big inspirations in the early years and still is today! He has inspired the whole planet for so many years. Rest in peace and thank you so much for all the inspiration you have given us drummers around the world! pic.twitter.com/e1THhpJBLk

So sad to about Charlie Watts passing. Condolences to the @RollingStones family n fans pic.twitter.com/yULZ0V56rU

Devastating news , those in the know know he was the heart & soul of the band .... I had the absolute pleasure of meeting him a few times, a total gentleman... it goes without saying he will be sorely missed .. RIP Charlie ❤️ -Joe Elliott@RollingStones#CharlieWattshttps://t.co/AEpHjUNPHh

There goes a hero. 🖤
Dear Charlie Watts. What a legend. Sad to see him go. pic.twitter.com/jYmEJlFnZ7

Rolling Stones drummer Charlie Watts dies aged 80 https://t.co/LUVShR1yaM via @YahooNews AWFUL NEWS. One of the true timeless icons and the backbone of the Stones. Hard to fathom the loss. So very sad.

This is terrible news. https://t.co/NcAvrExnNo

Drummers are the most ensnared individuals. Though they are loudest, they are the last to be heard. They have insecurities due to the fact that everyone has their back turned on them. Herein lies the band’s secret; there is no greatness- without a great drummer. RIP Charlie Watts pic.twitter.com/sAcE7SYiBY

Rock n roll would not be rock n roll without the rhythm, the style, the VIBE of this incredible musician. Rest In Peace #CharlieWatts, one of the greatest and most important architects of the music we love. pic.twitter.com/xEfzaSLCba