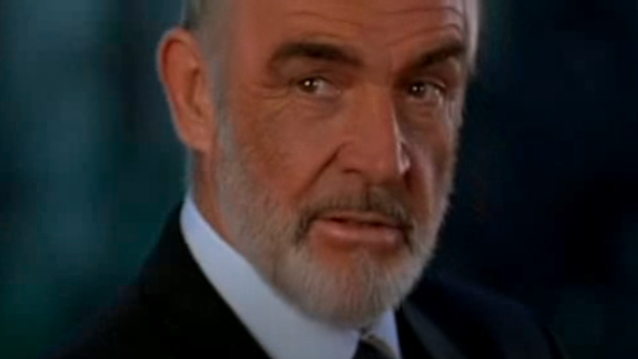 David Coverdale (WHITESNAKE), Gavin Rossdale(BUSH), Gary Holt (EXODUS, SLAYER), WARRANT, Jason Bonham, John Corabi (ex-MÖTLEY CRÜE) and Vernon Reid (LIVING COLOUR) are among the rockers who have reacted on social media to the passing of Sean Connery. The Scottish actor, who was best known for his portrayal of James Bond, died Friday night (October 30) at the age of 90.

Connery appeared in seven Bond films and won an Oscar in 1988 for his role in "The Untouchables". Other notable roles included those in "The Hunt for Red October", "Highlander", "Indiana Jones And The Last Crusade" and "The Rock".

Sean died peacefully in his sleep in the Bahamas. His son Jason Connery said his father "had many of his family who could be in the Bahamas around him" when he died in Nassau. He added: "We are all working at understanding this huge event as it only happened so recently, even though my dad has been unwell for some time. A sad day for all who knew and loved my dad and a sad loss for all people around the world who enjoyed the wonderful gift he had as an actor."

The actor's publicist Nancy Seltzer said: "There will be a private ceremony followed by a memorial yet to be planned once the virus has ended."

Sean is survived by wife Micheline and sons Jason and Stephane.

Not the news I wanted to wake up to...My Very Favorite Bond...RIP, Mr Connery & Thank You...XXX

#RIP #seanconnery007 Thank You for all the great movies ? pic.twitter.com/89iCZyC7ma

RIP to the greatest Bond of them all! Sean Connery GOAT❤️ pic.twitter.com/LmMn2bqKMo

Another legend has left us. I grew up idolizing #SeanConnery. The man who made me want to be a secret agent growing up. Thank you for all the amazing memories. #RIPSirSeanConnery #SeanConneryRIP pic.twitter.com/SiIR8M3PTK

“Do you expect me to talk?”


“No Mr. Bond, I expect you to DIE!”
- exchange between Sean Connery as James Bond & Gert Fröbe as Auric Goldfinger, Goldfinger, 1964

“What are YOU , prepared to DO?!” - Sean Connery as Jim Malone, to Kevin Costner as Elliott Ness, The Untouchables.

Fighting with Sean Connery fans who are okay with his views on hitting women.


What the fuck kind of world was I mistakenly born in?

RIP Sean Connery and thank you for all these unforgettable moments ?

There's not a lot of things cooler than Sean Connery here. What an epic legacy he leaves behind. #SeanConnery pic.twitter.com/AfMTHDwpcv

RIP Sir Sean Connery. The first and greatest James Bond and a lot more. The Wind And The Lion. The Man Who Would Be King. Red October. The Rock. The Anderson Tapes. The Hill. The Untouchables. Robin And Marion. Time Bandits. Orient Express. More...One of the all time greatest


So sad to hear we lost the coolest of cool Mr 007 Himself Sean Connery ??


RIP Sean Connery. He sure did many amazing movies but my favourite is Highlander. What's yours?


Can’t quite call this a happy Caturday since 2020 took another legend from us, so here’s Sean Connery with a kitten. RIP Sean. Fuck off 2020


The legend that is Sean Connery. Rip big man .??.