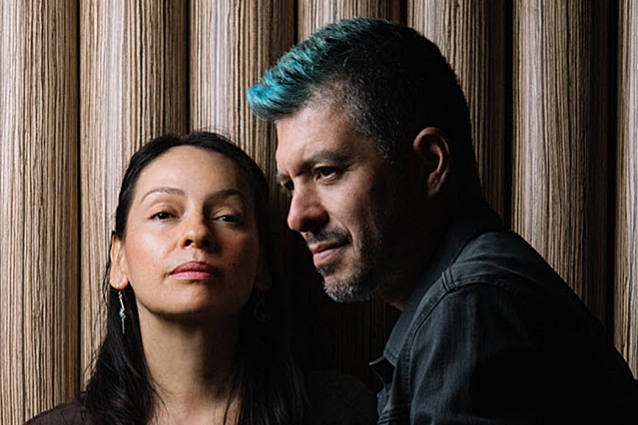 Acclaimed guitar virtuosos RODRIGO Y GABRIELA have unveiled a spectacular new version of the METALLICA classic "Battery". The track will be featured on the duo's upcoming "Mettal" EP, due from ATO Records on Black Friday, November 29, as a one-sided 12-inch vinyl Record Store Day First release, limited to 2,500 and available only at independent record stores. Side 2 will have an art etching. This companion EP to RODRIGO Y GABRIELA's latest full-length, "Mettalvolution", sees Rodrigo Sánchez and Gabriela Quintero paying tribute to the icons of thrash metal with three previously unreleased covers, shedding light on some of their favorite foundational songs. Along with "Battery", the "Mettal" EP includes stunning new versions of MEGADETH's "Holy Wars" and SLAYER's epic "Seasons In The Abyss". All three tracks were produced and recorded by Sanchez in Oslo, Norway and finished at the duo's own Lumbini Studio in Ixtapa, Zihuatenejo, Mexico. "Mettal" was mixed by Jim Monti (SLIPKNOT, METALLICA, KORN) and then mastered by Grammy Award winner Ted Jensen (BRING ME THE HORIZON, DISTURBED, HALESTORM) at Sterling Sound in Nashville.

Commented Rodrigo: "It's no secret that we love METALLICA. 'Master Of Puppets' changed everything for us when we first heard it all those years ago."

Added Gabriela: "We've played parts of 'Battery' in our live set for many years. We're so happy to release our studio version in full for our fans. Thank you to the fans for coming with us on this trip, and eternal gratitude to METALLICA for the incredible music."

Asked in an interview if RODRIGO Y GABRIELA's metal connections were fading, Rodrigo said: "No, it's growing, actually. You go to our shows and you see a lot of metalheads. It was great to have the recognition from the kings, from METALLICA themselves, to be in touch with them and having the opportunity to jam with Robert pretty often. It's great, because that opened the door for a lot of metalheads to understand that we come from there. It's clear for the people that we love metal." 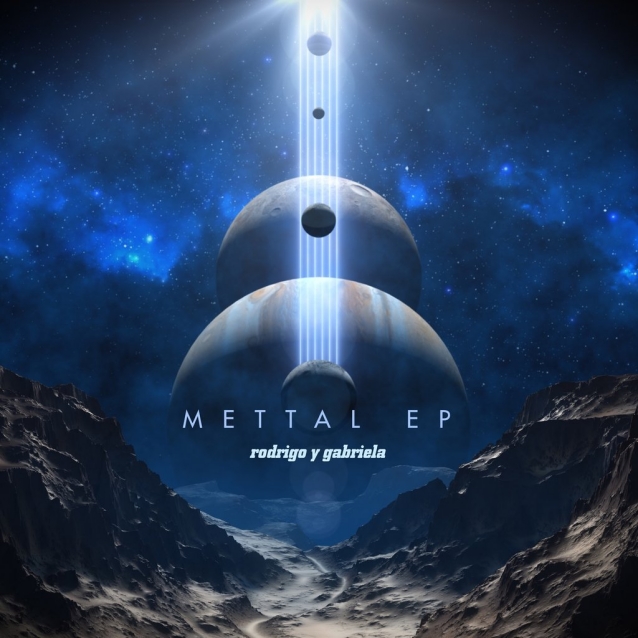