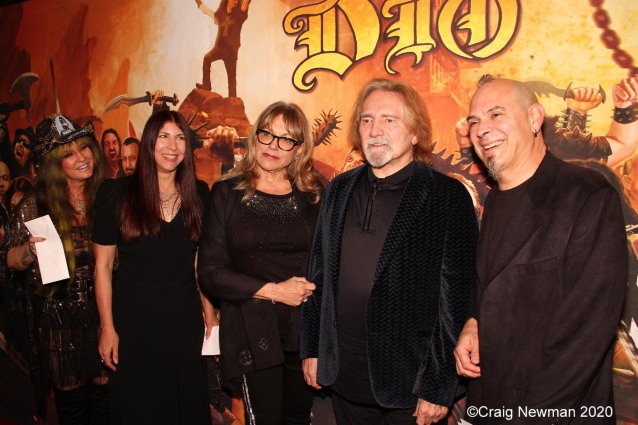 The Ronnie James Dio Stand Up And Shout Cancer Fund, founded in memory of the late rock music legend, commemorated the 10th anniversary of his passing and the formation of the charity with its 10th Anniversary Memorial Awards Gala held on February 20 at the Avalon Hollywood. Hosted by radio and television personality Eddie Trunk, the organization recognized honorees in eight categories — each named after songs written by Ronnie James Dio — who have played a role in either Dio's legacy or that of the charity.

A video replay of the event is available below.

Magician Danny Magic demonstrated card tricks during the cocktail hour and auctioned off special guest packages to the Magic Castle in Hollywood to benefit the Dio Cancer Fund.

Glenn Hughes (DEEP PURPLE, BLACK COUNTRY COMMUNION, THE DEAD DAISIES) presented the Sacred Heart Award to Dr. David Wong, professor and associate dean for research, UCLA School Of Dentistry, and director for UCLA Center for Oral/Head & Neck Oncology Research (COOR) for his work in developing a non-invasive saliva test for the early detection of cancer, which has been supported by the Dio Cancer Fund.

Fred Coury of CINDERELLA presented the Killing The Dragon Award to Laura Heatherly, CEO of the T.J. Martell Foundation, which is dedicated to funding innovative medical research focused on finding treatments and cures for cancer, leukemia and AIDS.

A special award was presented by Terry Ilous (GREAT WHITE, XYZ) to Oliver Shokouh, owner of Harley Davidson Glendale, in recognition of his continued support and dedication to the annual "Ride For Ronnie" motorcycle ride and concert, now in its sixth year. It will take place on Sunday, May 17.

Banali addressed the crowd in an impassioned speech, revealing that he had postponed his latest chemotherapy treatment in his own battle with Stage IV pancreatic cancer in order to attend the gala. 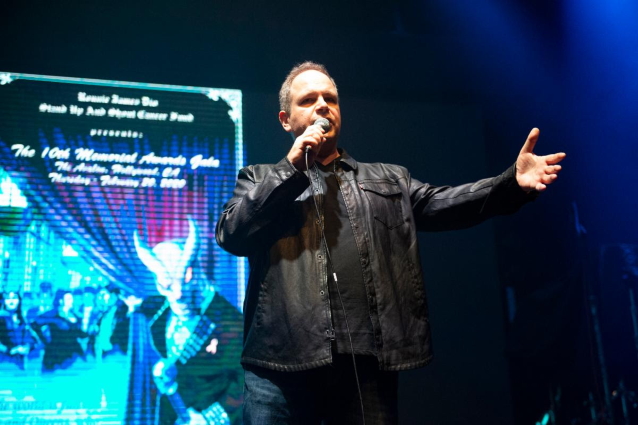 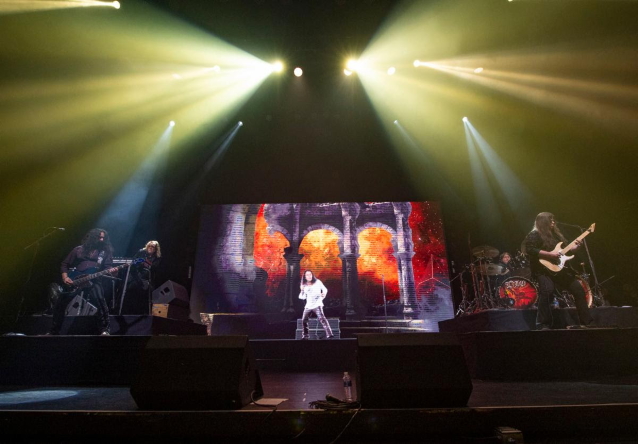 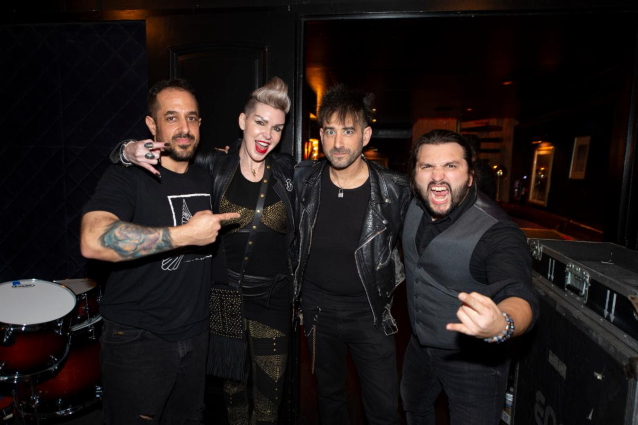 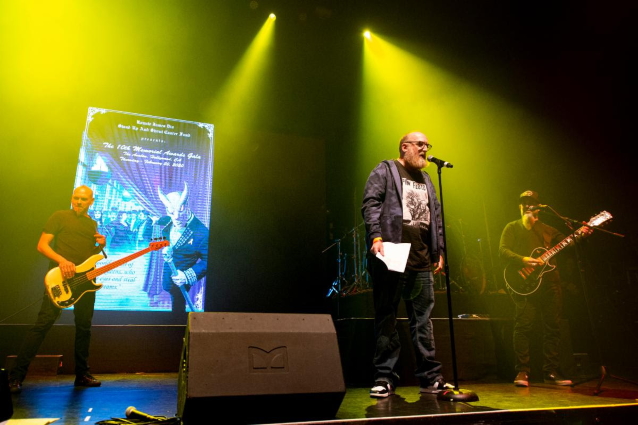 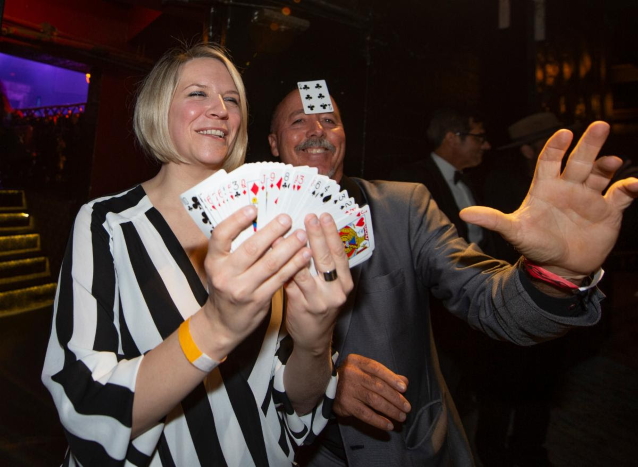 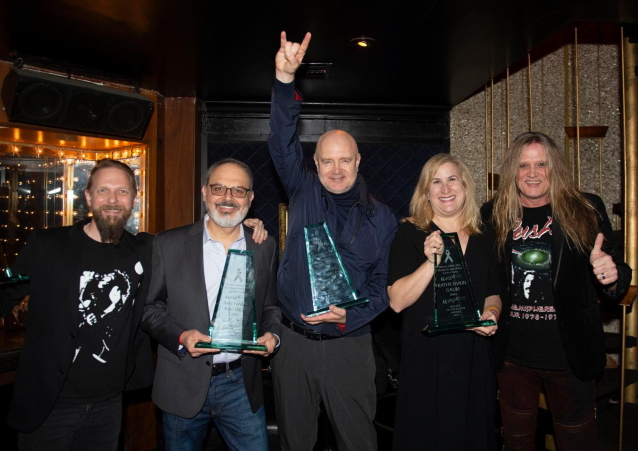 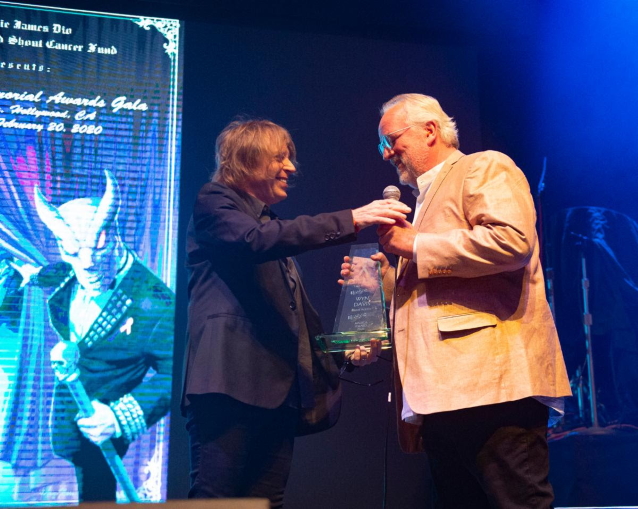 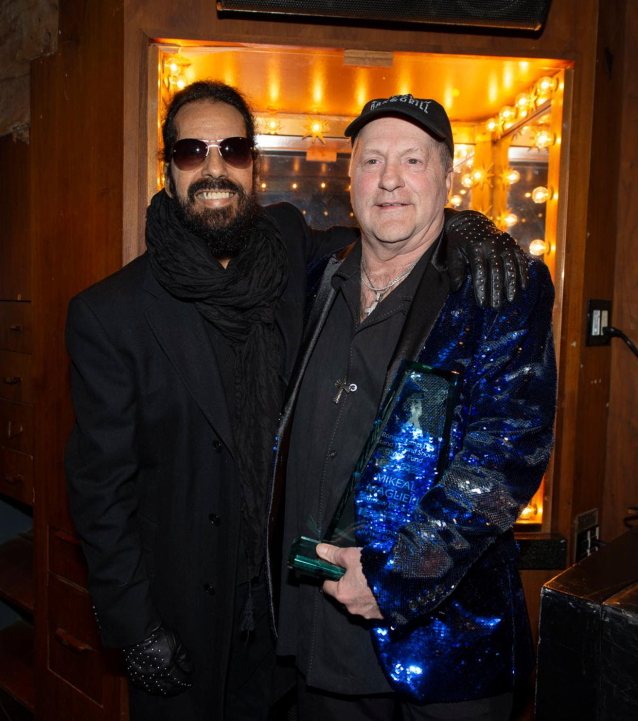 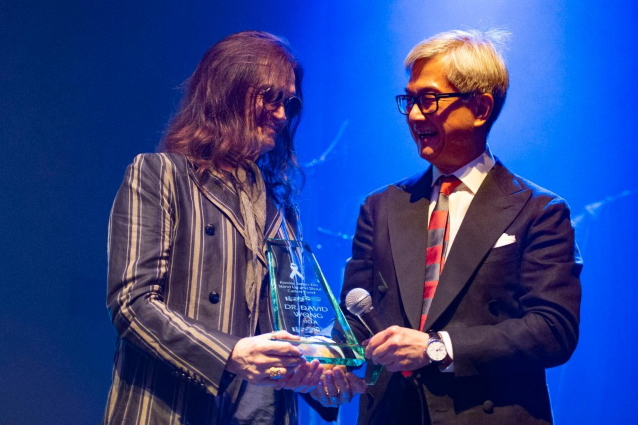 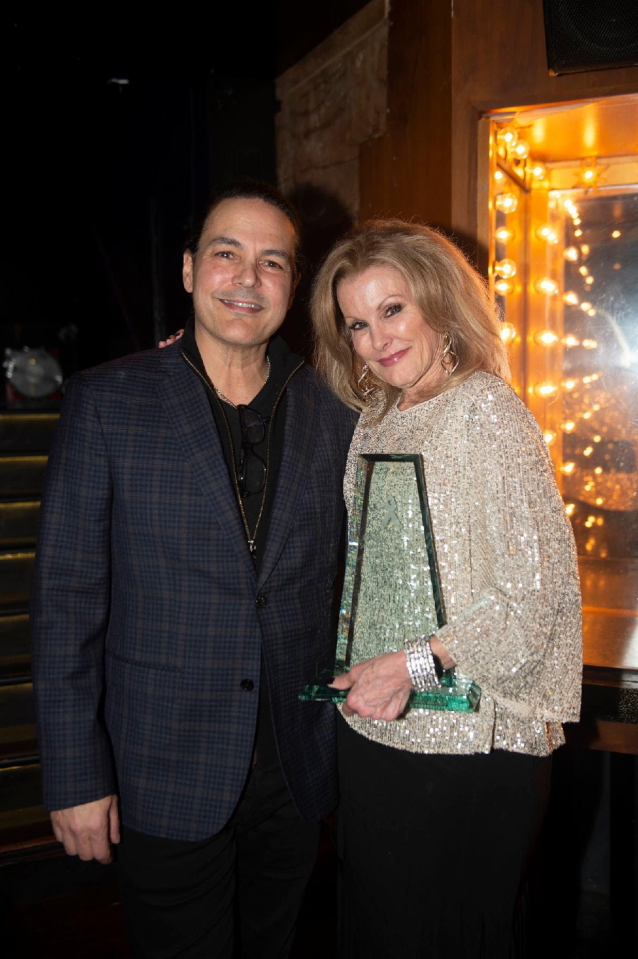 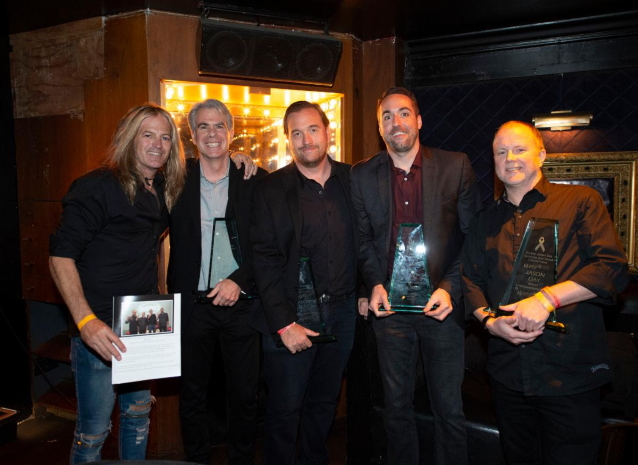 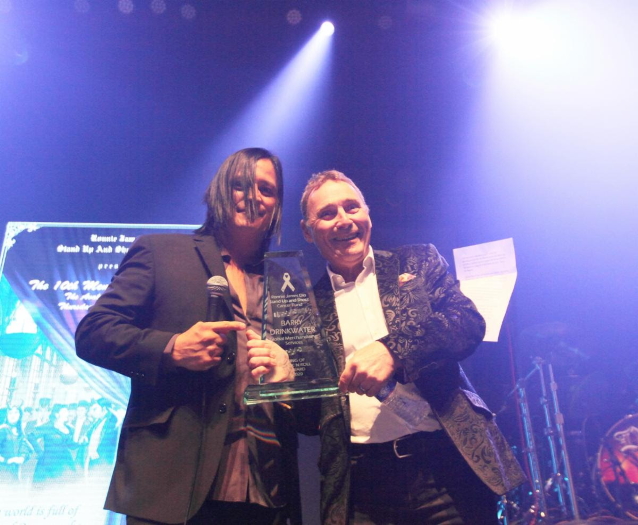 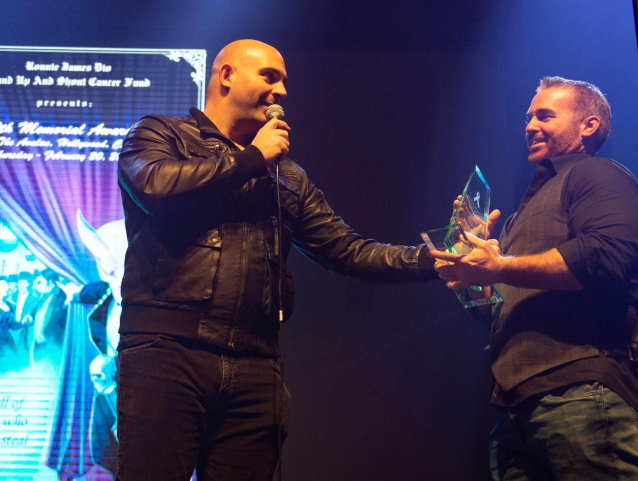 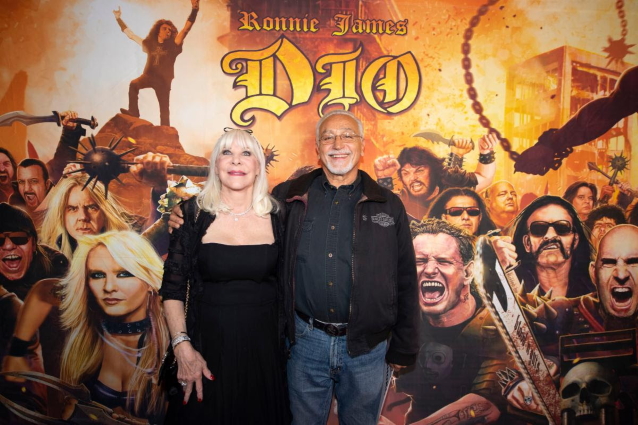 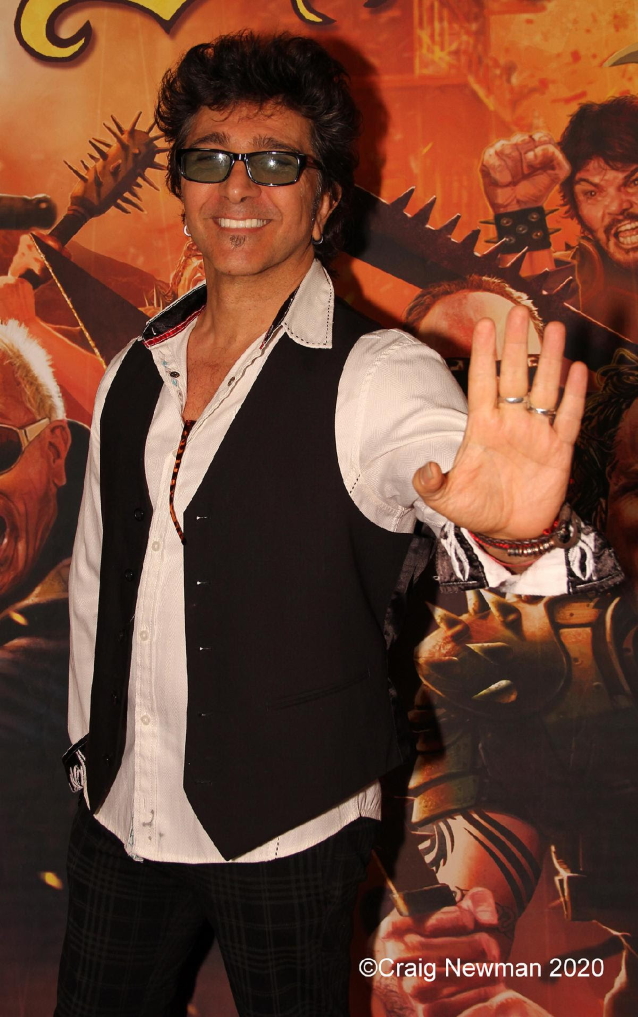 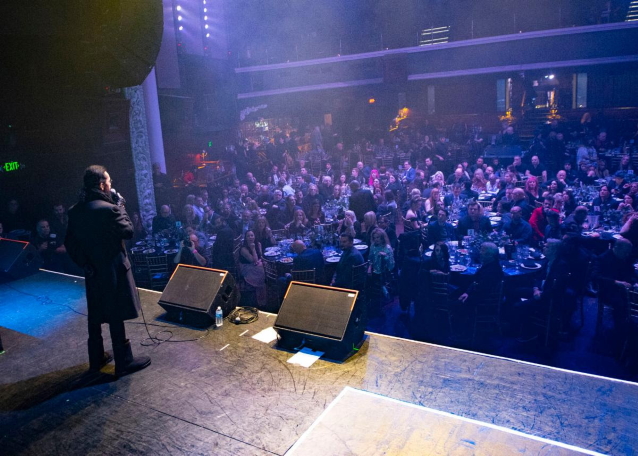