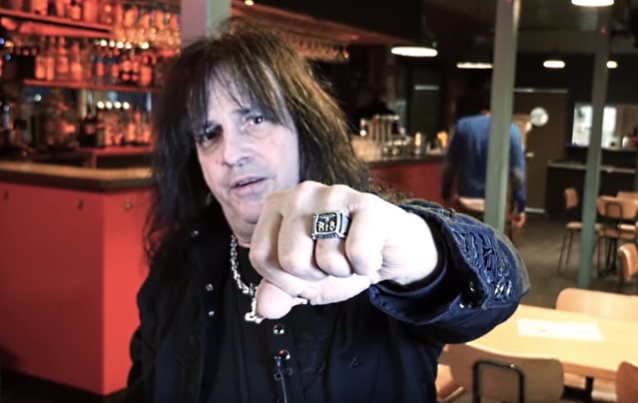 "The one thing I know that MANOWAR, what they're doing now, this is not the final battle," Ross told Duke TV in a new interview (see video below). "Anything can really happen in the future. You never know."

Ross said that he is "really not in touch with the band" but claimed that "we have a strange way of communicating, 'cause the fans are telling people what they said and what I said. And that's okay," he said. "The main thing is that everyone's healthy, the work can go on, and we'll see what happens in the future."

Speaking about MANOWAR's latest addition, E.V. Martel, who joined the band earlier this year as the replacement for longtime guitarist Karl Logan, Ross said: "This new guy, I wish him a lot of luck. I wouldn't wanna be him. It's another Brazilian guy from a Brazilian band. It's okay. It's a fan. I like to see that. It's a nice story, for that to happen. But at this time in their career, I think MANOWAR needs to go out with… if they're going out. I don't even believe that, so… You can have the original lineup. You never know. I'm just telling you. You never know."

MANOWAR announced in October that Logan would not be touring with the group after being arrested on charges of possessing child pornography.