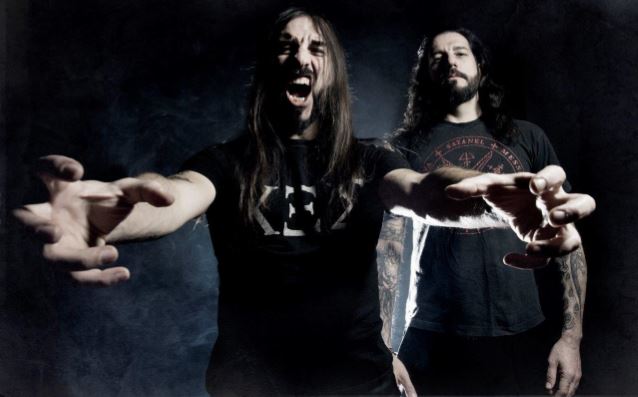 "Lucifer Over Athens" was recorded in ROTTING CHRIST's hometown in December 2013 in front of a wild crowd.

A track from the album, "Athanatoi Este", can be streamed using the SoundCloud widget below.

Regarding "Athanatoi Este", ROTTING CHRIST guitarist/vocalist Sakis Tolis comments: "The reason that we have chosen 'Athanatoi Este' as the first song to represent and give you an idea about our first-ever official live album, 'Lucifer Over Athens', lies in the translation of this song's title: 'You Are Immortals'! It is to all our dedicated followers that we give our deepest respect and love, which will be: immortal!"

Sakis states about "Lucifer Over Athens": "After having been active for 27 years in the metal scene and after playing more than over 1,200 shows in every corner of this planet, we have finally decided to release our first official live album ever!

"We have worked hard to make this record as rich as possible by including many fan favorites while paying tribute to all phases of this band at the same time.

"We will take you back to our demo days and bring you right up to our contemporary creations.

"This is a live record with a soul.

"We invite you to a journey into the majestic world of ROTTING CHRIST!"

ROTTING CHRIST recently entered Devasoundz studios in Athens to begin recording its new album for an early 2016 release. The CD is once again being produced by Sakis Tolis.

ROTTING CHRIST's eleventh full-length studio album, "Kata Ton Demona Eaftou", was released in March 2013 via Season Of Mist. The band spent more than four months at Devasoundz crafting what it said was "its darkest and more mystical and occult outcome ever." The CD was mixed by Jens Borgen (AMON AMARTH, PARADISE LOST, KATATONIA, OPETH) at Fascination Street Studios in Örebro, Sweden. 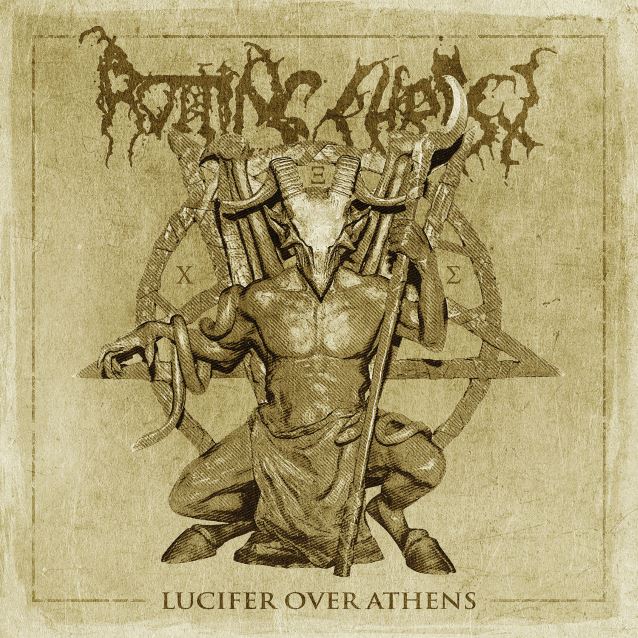