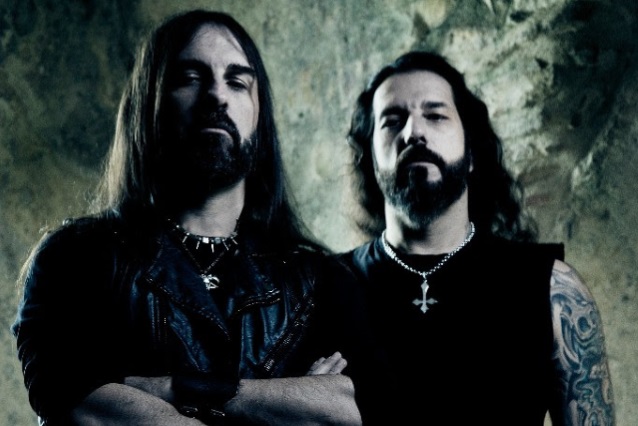 Marking 30 years of ROTTING CHRIST, "Under Our Black Cult" is a deluxe five-CD, 72-page book-set charting the early years of the Greek black metal legends. The set, which is due on July 6, also includes a limited hand-signed certificate from Sakis "Necromayhem" Tolis (while stocks last).

Written by "The Cult Never Dies" author Dayal Patterson, the book chronicles the early years of ROTTING CHRIST from its grindcore origins to the status as masters of occult Hellenic black metal. It features interviews with the band, plus luminaries from the black metal and underground scenes, and friends such as BEHEMOTH's Nergal, MOONSPELL's Fernando Ribeiro and more.

The five audio discs contain a comprehensive collection of early works, including demos, rarities, live material, the classic "Passage To Arcturo" MLP, and the "Thy Mighty Contract" and "Non Serviam" albums. All show why ROTTING CHRIST has sustained a three-decade legacy on the back of its inspirational beginnings.

Pre-order now at this location.

ROTTING CHRIST recently entered the studio to begin recording its brand new album, to be released in early 2019 via Season Of Mist. The disc is being produced by vocalist Sakis Tolis. Jens Borgen (AMON AMARTH, KREATOR, DIMMU BORGIR, OPETH, KATATONIA) will again take on the job of mixing and mastering.

ROTTING CHRIST will make a select number of festival appearances this summer. 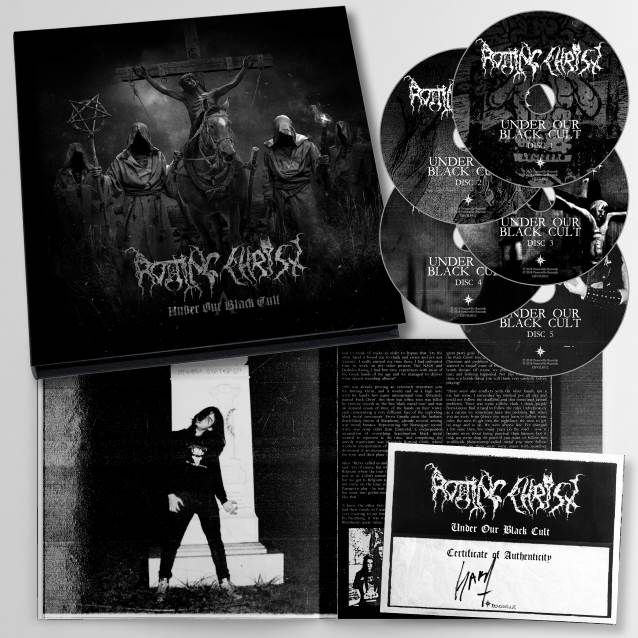