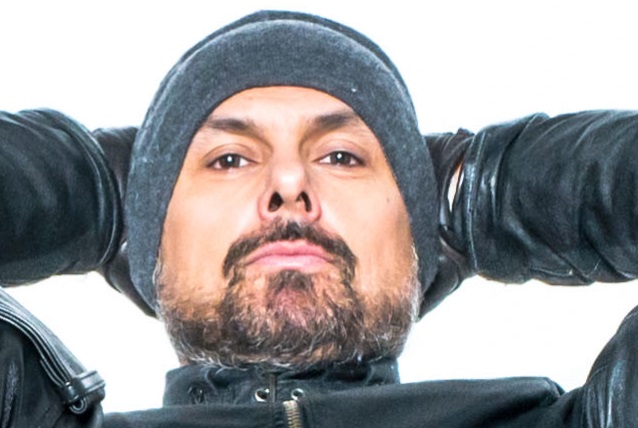 ROY KHAN: Leaving KAMELOT Was 'The Best Decision I Have Ever Made'

Roy Khan says that leaving KAMELOT was "the best decision" he ever made.

The singer announced his exit from KAMELOT in April 2011 after taking several months off to recover from a "burnout."

In a brand new interview with Italy's SpazioRock, Roy (full name: Roy Sætre Khantatat) was asked what "the hardest aspect" was of ending his long working relationship with KAMELOT was. He responded: "I'd rather ask: 'What was not hard about it?' Leaving the other guys behind at the top of our career sucked. Saying farewell to all the attention and all the money sucked. Disappointing collaborators and fans all over the world sucked. Getting hate mail from people who had no idea sucked. Not being able to do what I love the most sucked. The list is pretty much endless... yet it is the best decision I have ever made."

Asked if he has listened to any of KAMELOT's recent material with Karevik, Roy said: "Yes I have. I really like some of their new stuff. Sounds classical KAMELOT in my ears, and Tommy is a great singer."

Late last month, it was announced that Khan had reconnected with his pre-KAMELOT bandmates in CONCEPTION and that the group was working on a new EP. Joining Roy in CONCEPTION's current lineup are Tore Østby (guitar),Ingar Amlien (bass) and Arve Heimdal (drums).

Speaking about the decision to resurrect CONCEPTION, Khan said: "I have been working as a teacher and at a church the last years... All good, but I guess it's time to get back to what I do best: writing, composing and, of course, singing.

"There was no special event that triggered [the return of CONCEPTION]," he added. "Tore and the other guys have all been good friends all these years, and the reunion of CONCEPTION slowly came into realization as we talked about it."

CONCEPTION has turned to its fans via a PledgeMusic campaign to help generate the funds the band needs in order to release its brand-new material.

Khan recently issued his first-ever solo song called "For All".

When asked whether religion played a role in Khan's decision to leave the band, KAMELOT guitarist Thomas Youngblood said in a 2011 interview: "I know that there is a religious aspect to it that I can't really 100 percent explain. The religious aspect is something that I wanna let him to kind of talk about, but I know that he had been going to religion classes for whatever reason. Obviously, over the years of working together, being at times best friends and things like that, we have discussed all kind of topics about religion, so it's actually very surprising to me that this is where we are at now with him. But really, I don't really want to talk too much more about it because that's really something I think that he should come out about, in terms of what he believes or doesn't believe or whatever."