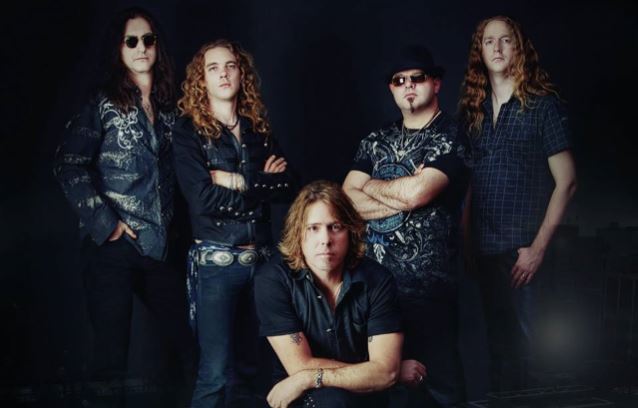 Danish/American hard rockers ROYAL HUNT have completed the songwriting/pre-production process for their thirteenth studio album, to be released later this year. Recordings will start shortly at NorthPoint Productions, with keyboardist André Andersen producing.

ROYAL HUNT has launched a pre-order campaign for the new CD at Pledge Music. For the first time, the band is inviting its fans to follow the recording/mixing of the album. You can pre-order the album digitally, on CD or on vinyl, plus receive tons of other unique offerings, like signed CDs, signed vinyl, exclusively designed t-shirt and more. No matter what you order, you will get access to a variety of behind-the-scenes content from the recording sessions, creation of the artwork, interviews and lots of interaction.

Drummer Allan Sorensen quit ROYAL HUNT in August 2014. He explained in a statement: "After many thoughts and considerations, I have decided to leave ROYAL HUNT to seek new challenges. I want to wish the guys the very best of luck in the future."

ROYAL HUNT's twelfth studio album, "A Life To Die For", was released in November 2013 via Frontiers.