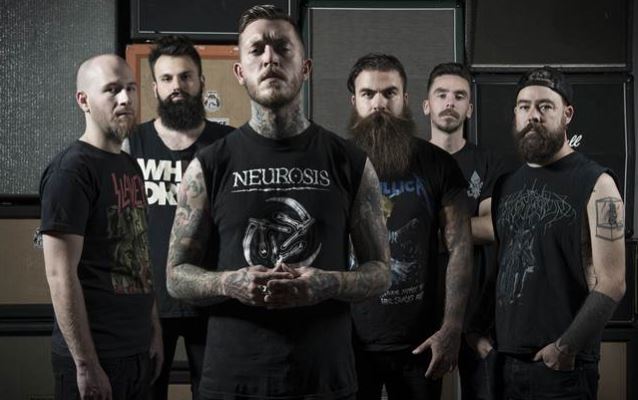 "Nachash" is now available to pre-order. Pre-order bundles include a limited run of lithographs featuring the album artwork (created by KROKODIL guitarist Dan P.Carter), an exclusive T-shirt design, plus CD/vinyl options, with the first run of vinyl available in a very limited translucent finish (pantone 666!).

KROKODIL's new single, "Reptilia Familiar", one of the 12 tracks that make up "Nachash", can be streamed using the SoundCloud widget below.

Following the album release, KROKODIL will embark on a tour as the support act for MASTODON in November and December. Also appearing on the bill — which will make stops in Ireland, UK, the Netherlands, Belgium, Spain, Italy, Switzerland and Germany – is U.S. sludge-metal trio BIG BUSINESS.