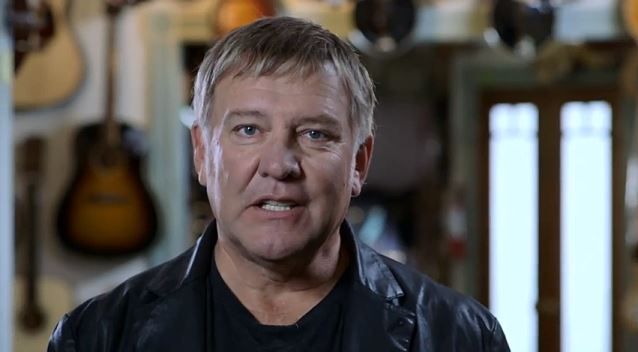 RUSH Guitarist Featured In The Kidney Foundation Of Canada Commercial

According to RushIsABand.com, RUSH guitarist Alex Lifeson is featured in a 30-second commercial for The Kidney Foundation Of Canada to help raise awareness of the conditions that cause kidney disease. Check out the spot below.

Alex has worked with the Foundation in the past where he has contributed paintings for their A Brush Of Hope charity auction. He says: "A little over [ten] years ago, my father passed away after two very difficult years of failing health. Both his kidneys ceased to operate and he was on dialysis for over two years. Many times, he was nearly lost during his dialysis and it was heartbreaking to watch his demise, and that's why this is especially important to me."