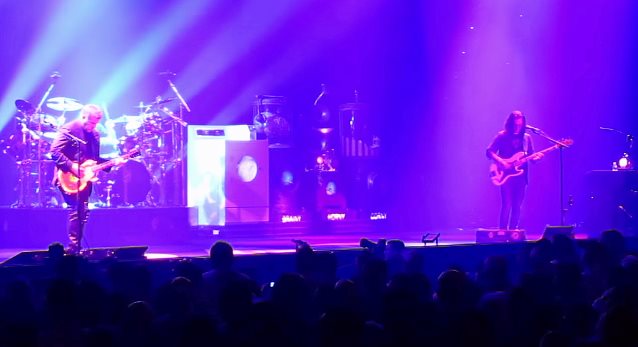 Canadian rock legends RUSH kicked off their "R40 Live" 40th-anniversary tour last night (Friday, May 8) at the BOK Center in Tulsa, Oklahoma. The concert featured no opening act and contained a number of video vignettes created for the tour, including an animated sequence shown at the start of the show that displayed the progression of the trio throughout the years.

"This is the very first show," bassist/vocalist Geddy Lee told the crowd after a few songs, according to TulsaWorld.com. "We're celebrating way too many years of music."

The "R40 Live" tour will wrap on August 1 in Los Angeles, California at the Forum.

Asked how he is feeling about the idea of retiring from the road, RUSH guitarist Alex Lifeson told The Canadian Press: "I have such mixed feelings about it. In one way, I feel relief. I think that 40 years is a long time to be touring the way we tour. I really like being home with my grandkids. At 61, I don't feel there's anything we need to prove."

Out now is "R40", a RUSH video box set on six Blu-ray discs or 10 DVDs. The collection includes live footage from all four decades of the band's career, including over two hours of previously unreleased material, a rare performance of "2112" in its entirety, three previously unreleased tracks from 1974, and more.

Rush delivered the show of a lifetime in Tulsa last night! pic.twitter.com/JTbSawLJ9q 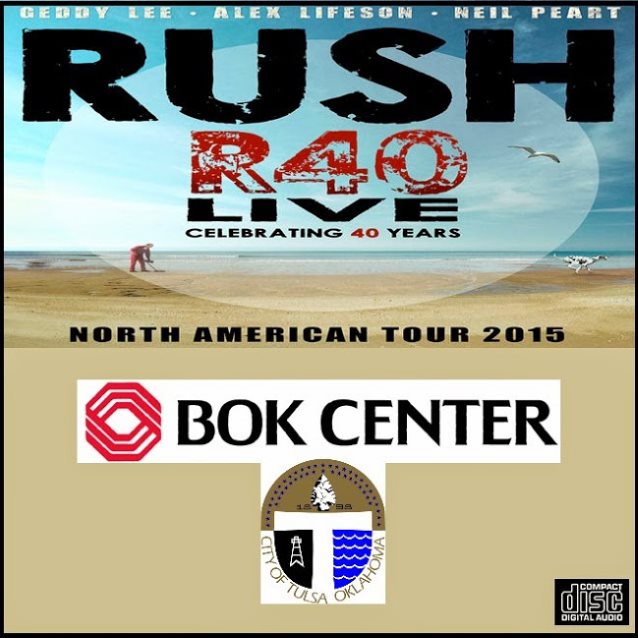