Knucklebonz has announced the RUSH "Starman" Rock Iconz limited-edition statue. Pre-orders to reserve this limited edition collectible are currently being accepted; the figure is slated to ship late November 2008.

For over 30 years, RUSH has led the way in progressive rock music creating one of the largest and most loyal fan bases in music history. The iconic "Starman" logo first appeared in 1976 on the band's classic "2112" album art and has been the symbol for this legendary power trio ever since.

The RUSH "Starman" statue is officially licensed through RUSH and Anthem Entertainment. KnuckleBonz received some art direction from the band members on how they wanted "Starman" to be created.

The "Starman" figure stands approximately 9 inches tall and is painted in a hi-gloss silver paint in front of the red/black star to deliver a 3D version of the RUSH logo. The statue comes with a certificate of authenticity and is created as a limited edition. Only 3,000 will be made. 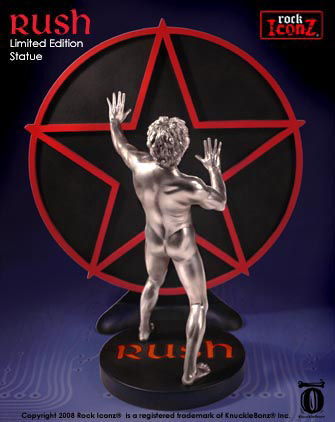 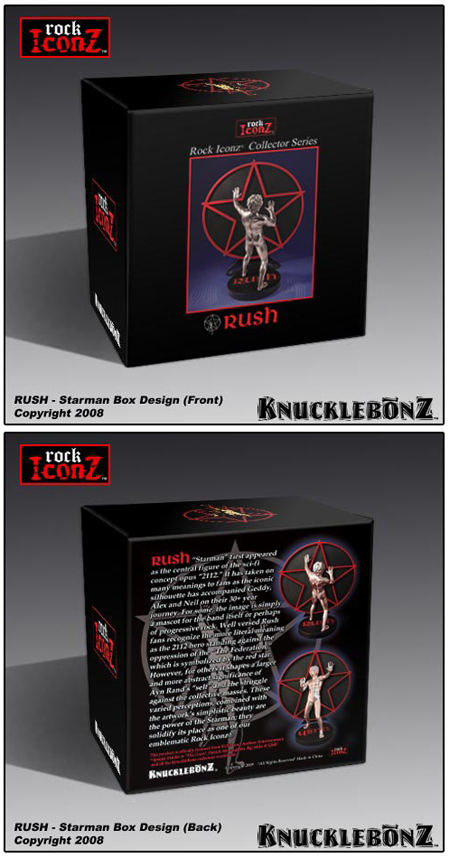