A RUSH performance clip of the song "The Spirit of Radio", taken from the band's forthcoming "Snakes & Arrows Live" DVD, aired on Monday, September 29 on VH1 Classic as part of a special dubbed "Rush Hashanah" in celebration of the Jewish holiday Rosh Hashanah. It has now been uploaded to YouTube and can be viewed below. Also available is the "Far Cry" clip from the same DVD.

"Snakes & Arrows" made a triumphant debut on the Billboard 200 upon its release May 2007, entering the chart in the #3 spot. The album's popular success marked RUSH's highest chart debut since 1993, as well as the group's eleventh top ten album in the U.S. "Snakes & Arrows" also debuted at #3 in the band's native Canada and at #13 in the UK — the band's highest British chart ranking in 16 years. In addition, the album premiered in the top ten in Sweden and Finland, and in the top twenty in Norway, the Netherlands, and Japan.

A spokesperson for RUSH has denied Internet reports that the band is leaving Atlantic Records for the independent Canadian company Rounder. In fact, "RUSH are still contracted to Atlantic for one more album," the spokeperson told Classic Rock magazine. Rounder — whose roster includes GEORGE THOROGOOD & THE DESTROYERS, ALISON KRAUSS, THE TRAGICALLY HIP and BRUCE COCKBURN — "will be issuing the trio's upcoming 'Snakes & Arrows Live' DVD, but that's as far as the arrangement goes."

RUSH has been with Atlantic Records since 1989's "Presto" and has released a total of seven studio and four live albums for the label.

RUSH's most recent concert leg wrapped July 24 in Indianapolis, Indiana. The group has been out behind its 18th studio album, "Snakes & Arrows", which marked RUSH's first set of all-new material since 2002's "Vapor Trails".

RUSH's songs "Closer to the Heart" and "Working Man" were recently made available for the Rock Band video game.

RUSH will receive a star on Hollywood's Walk of Fame next year. 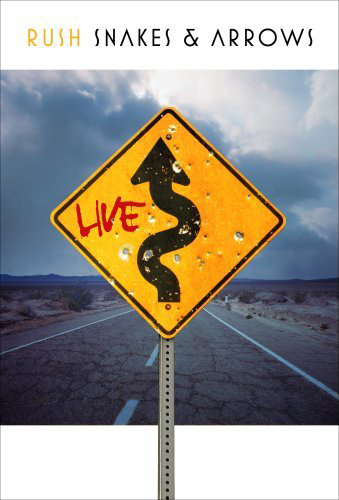 "The Spirit of Radio":