On December 1, RUSH will release a lavish, new and expanded edition of the landmark album "A Farewell To Kings" — the fifth studio album originally released in 1977, which introduced the radio hit "Closer To The Heart", album tracks "A Farewell To Kings", "Madrigal", "Cinderella Man", as well as enduring fan favorites with "Xanadu" and "Cygnus X-1".

The Super Deluxe Edition of "A Farewell To Kings - 40th Anniversary" will also include several exclusive items, including a unique King's Ring, with custom velvet pouch and neck chain; two lithographs with original artwork by Hugh Syme; a special twelve-inch turntable mat featuring distinctive artwork by Hugh Syme; and a reproduction of RUSH's original 1978 "A Farewell To Kings" tour program.

The third configuration will be offered as an audiophile 180-gram four-LP Deluxe Edition featuring the same audio content as the three-CD edition with double-gatefold packaging, thirty-two-page vinyl-size booklet, the special twelve-inch turntable mat, along with Syme's artwork and Bowman's liner notes.

The fourth configuration, the Deluxe Digital Edition, will feature the original album as disc 1, the complete Hammersmith concert unedited as disc 2, and the four covers songs plus the "Cygnus X-2 Eh" outtake as disc 3. 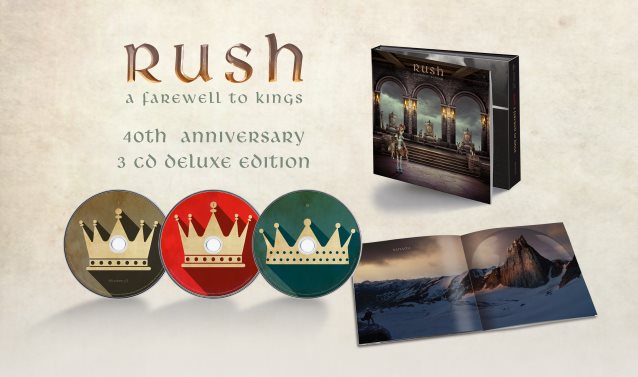 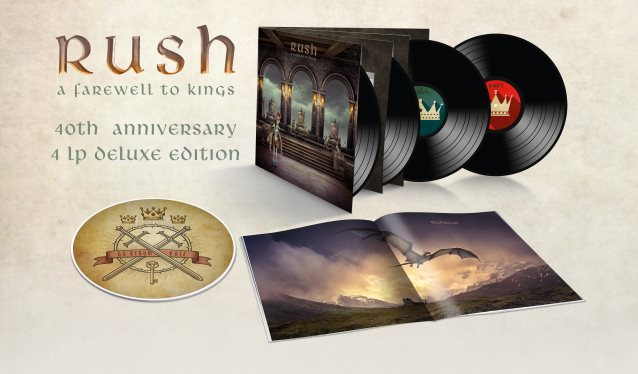 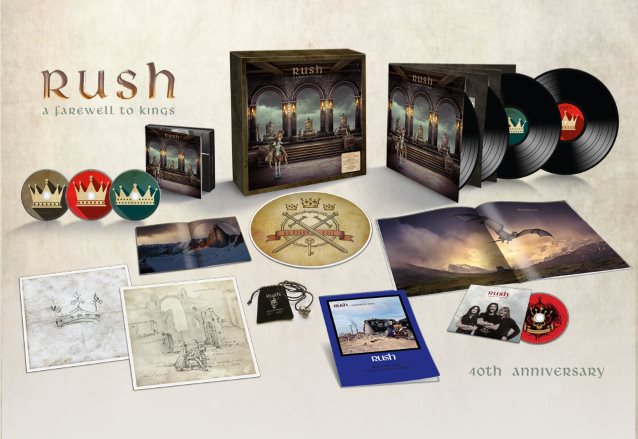