Public ticketing for "Rush: Cinema Strangiato - Director's Cut" begins on August 3. Ticket on-sale dates may vary by country. Visit www.cinemastrangiato.com for ticketing and the most up-to-date information regarding participating theaters.

"We are proud to once again bring RUSH to big screens worldwide in celebration of 40 years of 'Moving Pictures'," said Kymberli Frueh, Trafalgar Releasing SVP of content acquisitions. "RUSH has such a passionate following and we're pleased to be able to share so many never-before-seen performances with fans through this new Director's Cut of 'Cinema Strangiato'."

To accompany the announcement, RUSH has shared a snippet of the above-mentioned performance of "Cygnus X-1" / "The Story So Far", which features Peart's final recorded drum solo. 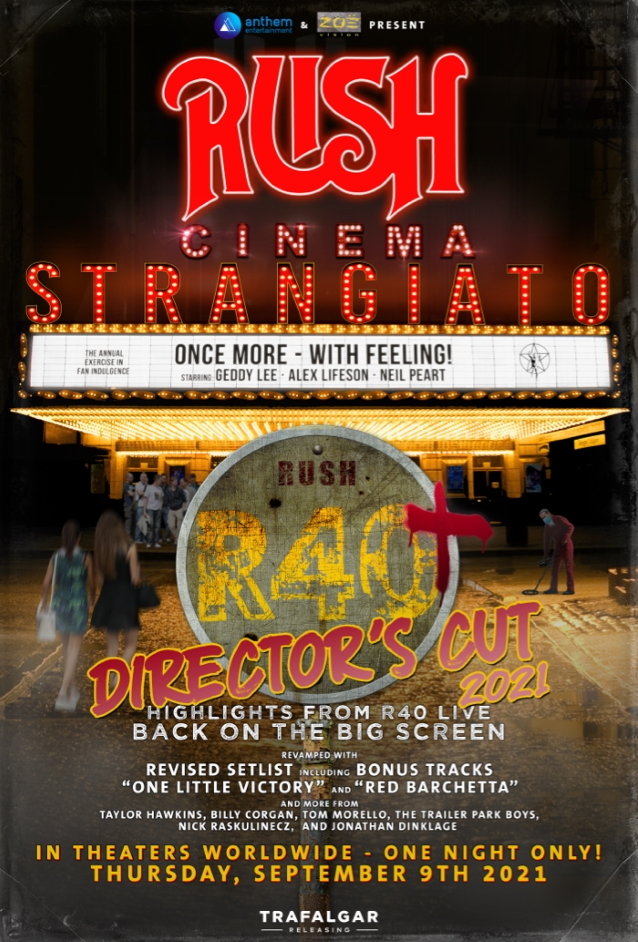