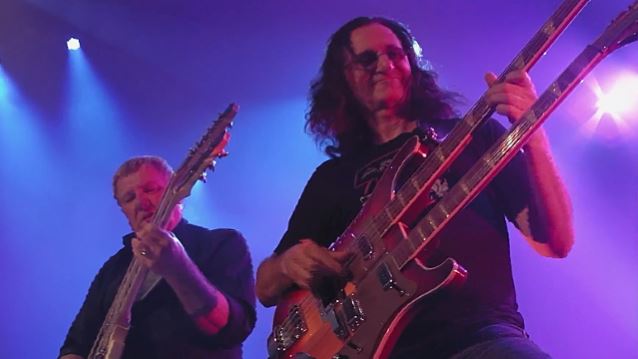 Fathom Events, ole, Anthem and Zoe are excited to bring "Rush: Time Stand Still" to movie theatres nationwide for a raw, intimate and vivid look into RUSH's "R40" tour for a one-night event on Thursday, November 3. Over 460 theaters will take part in the Fathom event, which is accompanied by an exclusive 20-minute short film "Rush: A Salute To Kings".

In 2015, RUSH went out for a 40th-anniversary tour, rumored to be the last tour of its kind and the end of their life on the road. Narrated by Paul Rudd, "Rush: Time Stand Still" is a documentary event which covers the "R40" tour and the unique relationship RUSH have with their devoted fans. Candid interviews with Geddy Lee, Alex Lifeson and Neil Peart bring "Time Stand Still" to an emotional conclusion for a band who built their career the old-fashioned way: one show at a time.

Lee and Lifeson last month spoke about what it has been like spending most of their time at home after the band completed what could turn out to be its final tour in 2015. Lifeson said: "I don't know. It's been an adjustment, this past year. We've been following up on some other interests that we both have, and we've been learning to get used to the idea, and it's taken a while. But I feel very confident about a lot of things, and music is definitely still one of them. And I'm sure that we'll do something in the future. We can't just stop playing and writing music together."

Asked if he is still keeping the bass fingers ready, Lee said: "Oh, yeah. I play almost every day that I'm around the house. I've been travelling a lot with my wife. We're very big into seeing the world and taking advantage of this break in my career, whatever it may be. But I love playing, and I play a lot. And sooner or later, the right thing will happen."

Peart admitted to being "of two minds" about another lengthy run of concert dates, pointing out that having a young child at home makes it difficult for him to be gone for weeks at a time. He said: "I've been doing this for 40 years — I know how to compartmentalize, and I can stand missing her, but I can't stand her missing me and it's painful and impossible to understand for her. How can a small child process that? And there's the guilt that comes with that — you feel guilty about it, of course. I'm causing pain." 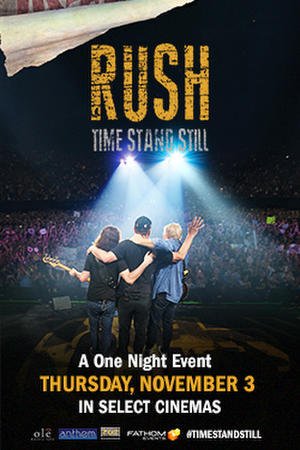