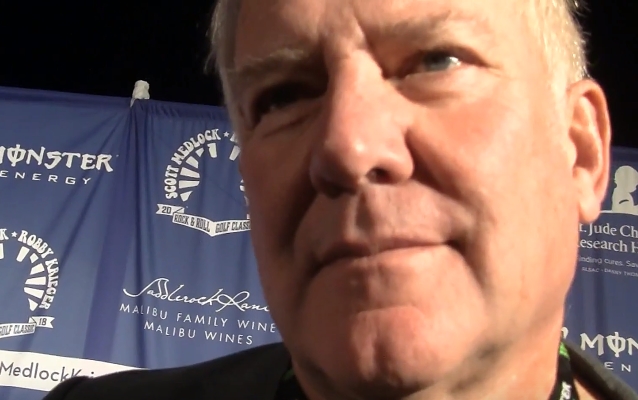 RUSH's ALEX LIFESON: 'I Still Have A Lot Of Fun Playing Music'

At the 11th annual Scott Medlock-Robby Krieger Rock & Roll Golf Classic in Malibu, California, RUSH guitarist Alex Lifeson spoke to IndiePower.com about how rock music has dwindled and may never blossom with the same bombastic and guitar-shredding ferocity that blasted it to the top of the charts. "Generations change, tastes change, music changes," Alex said (see video below). "I think for a long time, rock music always occupied a certain area, and pop music came up, and it was all sort of related. Pop music today is not so related — it's not guitar based like it was in the past — so it's really, really different. Like my grandkids, for example — [they are] 15 and 11 — they listen to all the stuff that they listen to; they listen to rap and some pop music. So I get to hear some of it. But our music is not their music, and they really don't connect to it at all, even in that classic rock sense; they're just not interested in it. So I don't know where it's going. I just know that I still have a lot of fun playing music. I work with a lot of different people now — very, very different things; a great variety — so that's what's really important to me."

RUSH bassist/vocalist Geddy Lee recently confirmed that the band is unlikely to play any more shows or make new music.

Lifeson and Lee said that the band will never do a show unless all three musicians agree to take part.