Swedish heavy metal heroes SABATON are uniting with German thrash titans KREATOR for the ultimate North American co-headlining trek. The 24-date tour kicks off on Thursday, February 8, 2018 at The Van Buren in Phoenix, Arizona and will make stops in Los Angeles, Montreal, and Philadelphia before concluding at Jannus Landing in Tampa, Florida on March 10.

SABATON's Par Sundström comments: "We are excited to return to American grounds after the last successful tour. Teaming up with our friends in KREATOR, we are able to play larger venues which allows us to bring a bigger production than we ever brought into America."

KREATOR's Mille Petrozza states: "Hordes! We return back to North America alongside the mighty SABATON! It's a true European invasion and we can't wait to be back! We're looking forward to sharing this bill with SABATON and playing our full headline set for KREATOR fans old and new."

Dates for the 2018 SABATON and KREATOR North American co-headlining tour are:

SABATON's eighth album, "The Last Stand", was released in August 2016 via Nuclear Blast. The follow-up to 2014's "Heroes" was once again produced by Peter Tägtgren (PAIN, LINDEMANN, HYPOCRISY) and it "marks a brand new chapter in SABATON history," according to a press release. 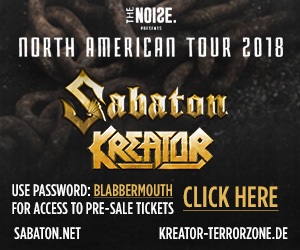 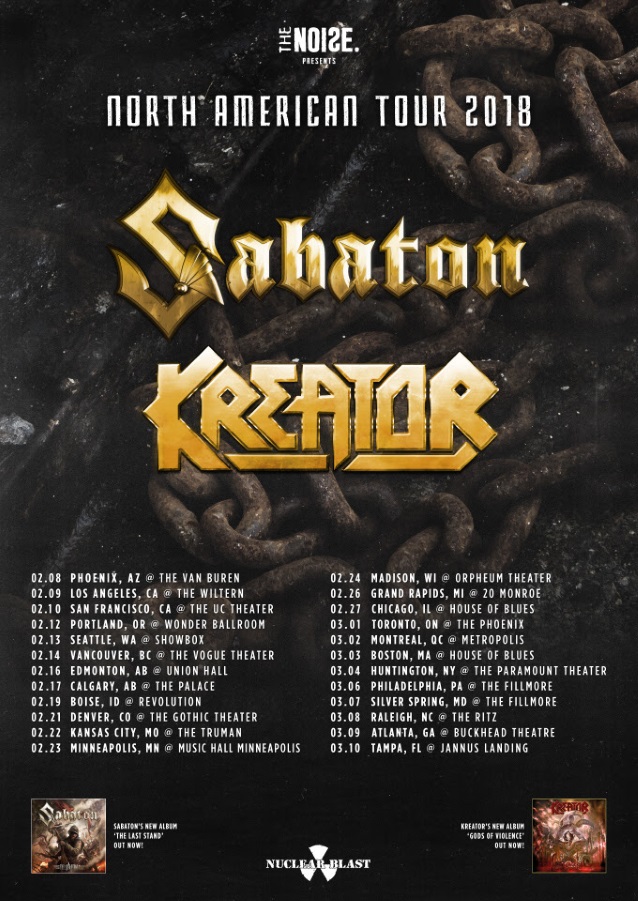