Swedish metallers SABATON will embark on "The Great Tour" in January 2020. The European trek, which will feature support from APOCALYPTICA and AMARANTHE, will kick off on January 17 in Zürich, Switzerland and will run through February 17 in Oslo, Norway.

Says SABATON: "Finally, we are bringing with us our biggest touring production we have ever done… and we promise to deliver a show you could have never imagined. And the biggest announcement regarding this tour is still to come."

Tickets will be available from July 3 (U.K.: July 5) for all shows.

SABATON's ninth full-length album, "The Great War", is due on July 19 via Nuclear Blast Records. The band's 20th-anniversary record is a concept effort covering stories from the First World War.

The official video for the song "Great War" can be seen below. 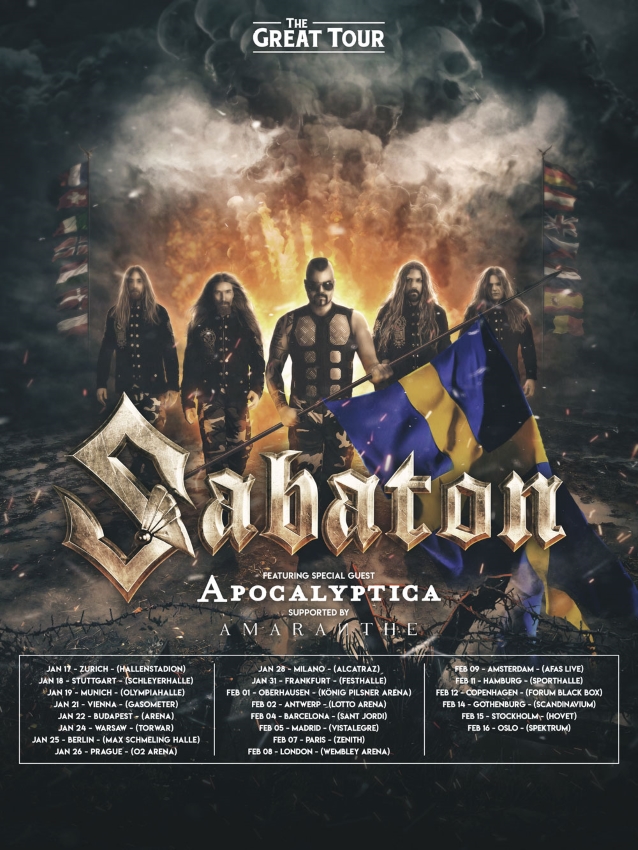