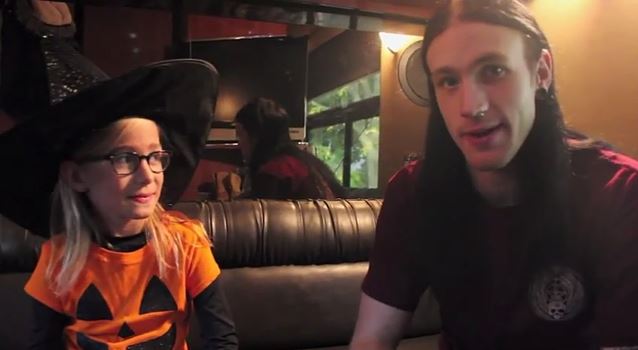 SABATON Drummer HANNES VAN DAHL: 'When You're Too Excited, You Don't Look Too Smart'

Piper of KidsInterviewBands.com conducted an interview with drummer Hannes Van Dahl of Swedish metallers SABATON on October 19 at the Newport Music Hall in Columbus, Ohio. You can now watch the chat below.

Asked if he has ever looked at a crowd a concert and seen something that made him laugh, Hannes said: "Oh, many times. Sometimes just people's sheer excitement can make people look pretty funny, 'cause they're so into it, and it makes me laugh, 'cause I get also excited by their excitement. But when you're too excited, you don't look too smart, that's for sure."