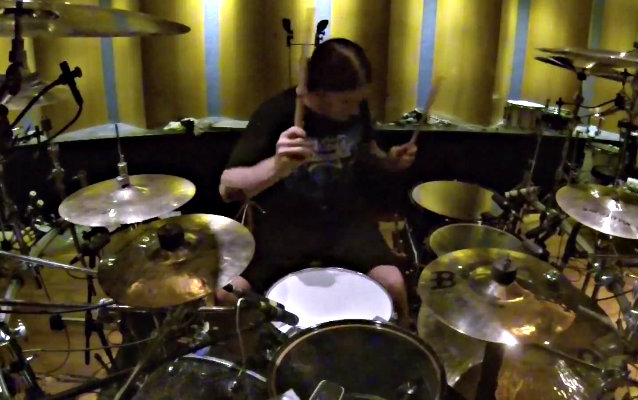 SABATON In The Studio: Video Footage Of Drum-Recording Sessions

Swedish metallers SABATON have entered The Abyss, the recording studio in Pärlby outside Ludvika, Sweden owned and operated by record producer and musician Peter Tägtgren (HYPOCRISY, PAIN) to begin tracking their new album for a late spring release.

SABATON's latest album, "Carolus Rex", was released on May 22, 2012 via Nuclear Blast Records. The lyrics for the CD, which was made available in both English and Swedish, deal with the Swedish Empire (referring to the Kingdom of Sweden between 1561 and 1721).