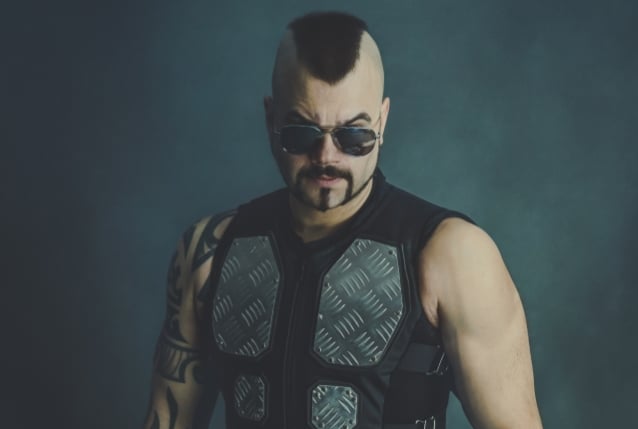 SABATON frontman Joakim Brodén spoke to Germany's Radio Bob! about the stage production for the upcoming tour in support of the Swedish metallers' tenth studio album, "The War To End All Wars". Due on March 4, 2022 via Nuclear Blast Records, the concept LP of 11 brand-new songs was written and recorded during the COVID-19 global pandemic and once again dives deep into the atrocities, miracles, and events tied to the early 20th century's World War I.

Brodén said (as transcribed by BLABBERMOUTH.NET): "Well, I can give some hints [about the live show]. I don't wanna be secretive, but at the same time, I don't wanna spoil the surprise, because that should be something for the concertgoers to discover in a way, so they get that 'wow' effect. But yeah, we are expanding on what we already had with [2019's] 'The Great War' [album] since we're moving in the same era and time. There is, actually, a whole bunch of people in Sweden right now as we are speaking building new parts of the stage set. And I've seen some pictures and hints of what's coming. Both for the Swedish tour we have some special stuff being built, but especially, of course, the European tour. Yeah, I think there are things that are gonna be very familiar but there are also things that are gonna be — a few places where it's gonna be, 'What the…?'"

In a recent interview with Canada's The Metal Voice, Brodén said about the musical direction of SABATON's new material: "It's very much a SABATON album in that way. We've been an evolutionary band always and not a revolutionary band. There's always surprises on a SABATON album but we're never gonna flip the coin and do something totally different on every song on a new album. There's gonna be surprises on every album.