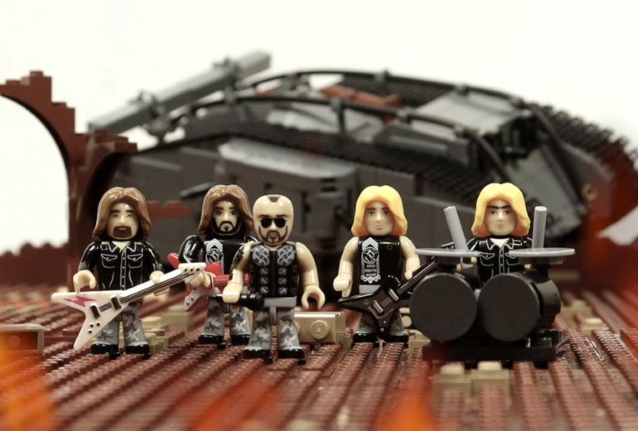 Swedish metallers SABATON, whose lyrical themes are based on war, historical battles and acts of heroism, have commemorated the 104th anniversary of the World War I Battle Of Flers–Courcelette, fought from September 15, 1916 to September 22, 1916, by releasing a very unique video for the song "The Future Of Warfare", created using… building blocks. Check it out below.

"The Future Of Warfare" is taken from SABATON's ninth full-length album, "The Great War", which came out in July 2019 via Nuclear Blast Records. The band's 20th-anniversary record was a concept effort covering stories from the First World War.