SABBAT/ex-SKYCLAD frontman Martin Walkyier has posted the following message on his MySpace page:

"It is New Year's Eve as I write this to you, and I am sitting here alone at my computer. This is traditionally a time for reflection on the past; and when I look back upon the truly insane behaviour of humanity so far during this new millennium, I can sadly see no cause whatsoever to celebrate the dawning of yet another year filled with needless wars, crippling global poverty and untold human suffering. Apologies if my words seem rather pessimistic these days. I write about the things I see and hear around me, and there's very little that has happened in this world to make me smile for quite some time now. I'm actually starting to think that we humans have been cursed with a basic design fault, a flaw in our genetic make-up which now physically threatens our very survival as a species. Our primordial ancestors led an extreme life indeed, enduring harsher conditions than we could ever imagine. I doubt that there are many modern human beings who could survive even a single month in their primitive, brutal and unforgiving world. Personally, I don't think I would last more than a couple of days at the very most. The fact that you are reading this today is purely down to the tenacity and adaptability of your earliest forebears, all those who since the dawn of life have won the eternal battle to survive. I imagine that an existence as an early human wasn't far dissimilar to being a member of a pack of wild wolves. Their scant years spent in the 'Cradle of Life' must have been a challenging, brief and bloodied affair indeed. Territory undoubtedly meant everything to them, and there must have been endless confrontations between neighbouring tribes over the very limited resources available. Somewhere during this period of our early human evolution we learned an invaluable lesson; 'Folks who either look, speak, smell or in any way behave differently from you are part of another tribe; therefore they are most probably your mortal enemies, or in some way possessed by an evil spirit…even at the very least they are here to steal away your females and/or your food supplies.' A dire threat to which all our dearly departed ancestors undoubtedly responded with an angry chant something along the lines of 'Kill them, burn their corpses and dance upon their smouldering remains!!!' When, at times, I find myself looking back upon the history of the 20th century, it's often disheartening to realise just how little has actually changed during the last three million years of human evolution. This aggressive and competitive human genetic mutation was once our saviour as a species, and yet denied the thrill of the hunt for the last several thousand years we've turned this testosterone-fuelled anger inwards upon ourselves. Living as we do in tiny concrete boxes, often devoid of the most basic human contact, it's really no wonder that we've retreated deep into our race memory. Lacking the constant threat of starvation, rape, murder or probably being eaten alive by some ravening, sabre-toothed nightmare; though modern-day life can often be equally as stressful in exactly the wrong kind of way. Humanity faces a very uncertain future, and this time around the foes we fear are largely unseen. This frightens us all at a deep, subconscious level, and once again our tried-and-tested primitive biological responses stir into action. There are many among us who have already succumbed to this primeval urge; those who mistrust, vilify and persecute their fellow human beings merely due to the fact that they are of a different race or religion — or often simply because they like alternative music, wear some unusual clothing or even support a rival sports team. At a time when our species wields weaponry of truly diabolic power I believe this is an extremely worrying mindset to possess!

"Several years ago now, I had the opportunity to share a bottle of brandy and a lengthy conversation with a former member of the Waffen SS; the crack troops which formed the spearhead of Nazi Germany's vicious 'Blitzkrieg' killing-machine. This imposing, white-haired old man was no more than a boy as Adolf Hitler's evil movement rose to power, and I hoped to learn from him what exactly could have driven a normally sane, logical and pragmatic people like the Germans to commit such truly hideous atrocities during this time. Following our discussion, which lasted late into the night, I came to the shocking realisation that the potential for this type of behaviour lurks deep within us all — regardless of era or nationality. Europe in the 1920s and 1930s was literally being ripped apart at the seams by serious political and economical upheavals, of the type that we could quite easily witness once again in the not-too-distant future. The working people of this time were all penniless and starving hungry, and their corrupt politicians cunningly conspired back then to use the religious and racial minorities as scapegoats, falsely blaming them for all their country's financial problems. Hitler and his cronies duped the German population by telling them exactly what they wanted to hear. They gave jobs to the unemployed, the unwitting masses who found themselves working in the armament factories or constructing the Autobahns in preparation for a second global conflict they didn't even suspect was coming. A bayonet is after all a weapon with a worker at both ends! Fascism was then set free to pervade through the entire country like an insidious, invisible virus; spreading slowly at first so as not to arouse too much suspicion. By the time anyone realised what was actually happening out there it was already far too late. It was not unknown for Hitler Youth members to report their own parents to the Gestapo secret police; my friend once witnessed a man shot dead in front of his entire family just for not giving the correct Nazi salute. It was only after the war was over that this now mild-mannered, elderly German gentleman was finally able to mix for the very first time with people from different racial and religions backgrounds. He then realised in his mid-20s, (much to his lasting shame and regret),that absolutely everything his leaders, teachers and superior officers had taught him throughout his youth was all part of a monstrous lie. As our conversation drew to a close that drunken evening, he looked me in the eyes and said, 'Young man, one thing I've learned over the years is that just because someone is different from you it doesn't make them your enemy. My biggest mistake in life was trusting and believing in the wicked lies of those people who looked just like me and pretended to be my friends.'

"And so the midnight hour has long-since passed, and 2008 is lost forever; fallen like a tiny and insignificant grain of sand into the fathomless hourglass of human history. I wonder to myself exactly what manner of future awaits us all. Will this New Year's Day merely herald the dawning of yet another New Year's Evil? Even as I write these words to you I am sure that elsewhere in this vile, corrupt world some funda(mental) religious, business-mad-men are laughing loudly whilst plotting their latest wicked, right-wing schemes; a lone Islamic suicide-bomber says his final prayers, then gives his weeping wife, daughter, brother and trembling mother one last kiss goodbye; and meanwhile not far away from here upon some chilly street a teenage girl is abused by drunken thugs merely because of her style of clothing, or another poor, young lad is beaten to a bloody pulp either for the colour of his skin or football team shirt. Fragile humanity has so far survived countless environmental threats as well as several truly global catastrophes over the millennia; and it's only because of our varied racial and cultural diversity, plus the eclectic talents of all our early ancestors who've shared and united their combined knowledge, that we have been able to survive and prosper as a species to the present day. As we stand on the brink of an uncertain future it would prove bitterly ironic if the thing that ultimately brought the human race to its knees were an ancient and redundant aggressive genetic trait which no longer serves any useful purpose, or has any relevance today on a planet that's swarming with over 6.5 billion equally fearful people. All of our assorted differences, once allied, could yet turn out to be our species' greatest asset. So then my fellow homo sapiens, I guess that the choice is solely ours. Should we all then collectively strive to climb another rung higher on humanity's evolutionary ladder, or would you rather that we now take one step nearer The Fatherland?" 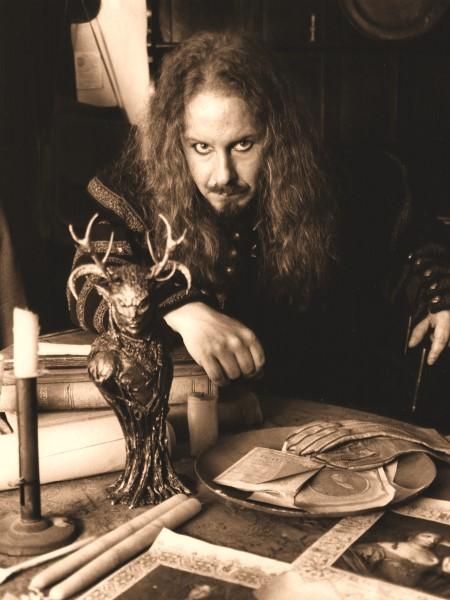