SACRED REICH and VIO-LENCE will join forces for a special show on May 31 at The Regent in Los Angeles. Also appearing on the bill are EXCEL and SWORN ENEMY.

SACRED REICH is currently in the studio recording its highly anticipated new studio album — the band's first in 23 years — titled "Awakening". Due this summer, the disc is being produced by Arthur Rizk, who has previously worked with CAVALERA CONSPIRACY, POWER TRIP and CODE ORANGE, among others. "Awakening" will mark SACRED REICH's first release since the return of drummer Dave McClain.

SACRED REICH recently announced tour dates across Europe and the U.S. The "Awakening" European tour will cover all of Europe and will begin in November. SACRED REICH will play a string of dates in North America alongside IRON REAGAN, LEEWAY and ENFORCED in May and will visit Europe in July and August for festival appearances.

The VIO-LENCE lineup that will appear is Los Angeles is the same one that will perform at the Oakland Metro in Oakland, California on April 13 and April 14: guitarist Phil Demmel, vocalist Sean Killian, bassist Deen Dell, drummer Perry Strickland and guitarist Ray Vegas. 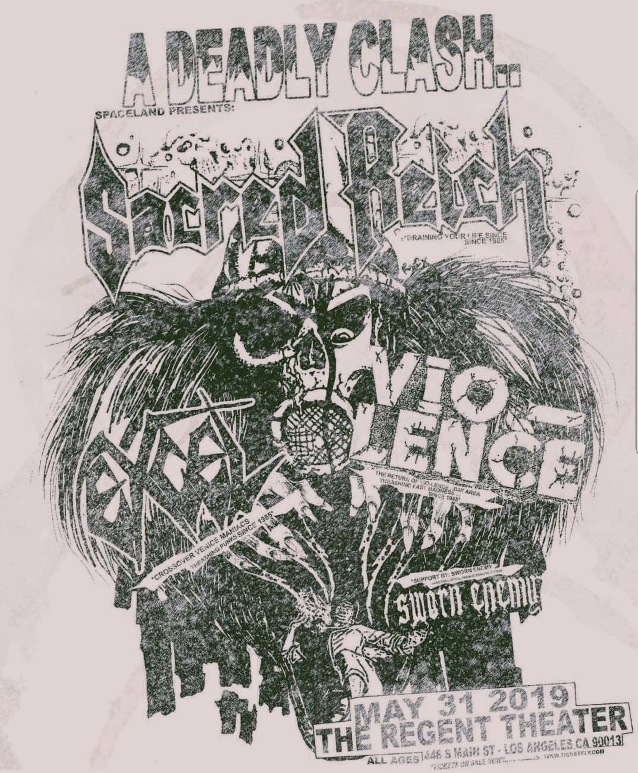