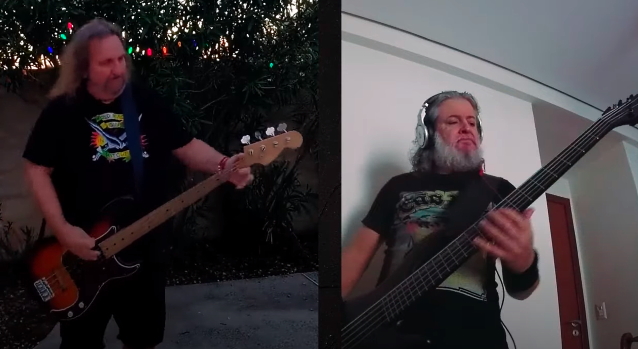 SACRED REICH bassist/vocalist Phil Rind recently joined the four members of SEPULTURA for a live playthrough of the Brazilian band's song "Inner Self", recorded and filmed while in quarantine. Check it out below.