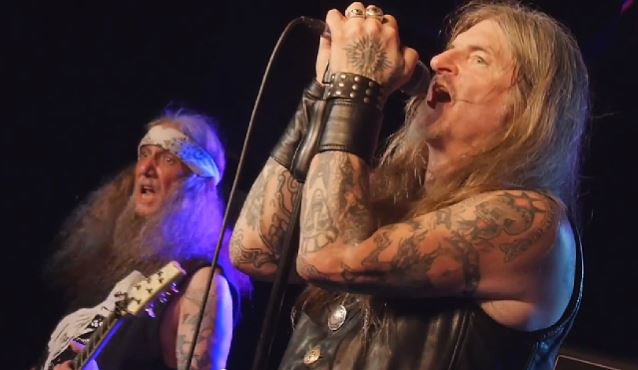 "SAINT VITUS would like to regretfully inform all of our European fans that our lead vocalist Wino was detained by the Norwegian police and immigrations officers for possession of illegal substances since Sunday, November 9th. As of 4 p.m. yesterday evening (November 11th),we were informed by his Norwegian defense attorney that he would more than likely be released that same day and be able to continue the remaining dates of our European tour. This morning we received notification that Wino was being deported today back to the U.S. with no hope to remain in Scandinavia or anywhere in the EU.

"SAINT VITUS WILL CONTINUE THE REMAINING DATES OF THE TOUR!!!

"Our sincere apologies to all of our fans, the promoters, booking agents and especially our Norwegian fans and promoter for the cancelled show. We will still deliver the HEAVY sound to all of our friends in Europe and it is our hope that everyone will understand our position to go forward with the remaining dates without Wino. [guitarist] David Chandler and [drummer] Henry Vasquez, along with a few surprise guests, will take over vocal duties and this will be a rare opportunity to see VITUS with main songwriter David Chandler vocalizing his tormented tales of pain, heartache and DOOM.

"We hope to still see all of you on our remaining dates.

Fan-filmed video footage of SAINT VITUS' November 8 performance in Stockholm, Sweden can be seen below (courtesy of Matte Holm).

SAINT VITUS' latest album, "Lillie: F-65", was released in North America in May 2012 via Season Of Mist. 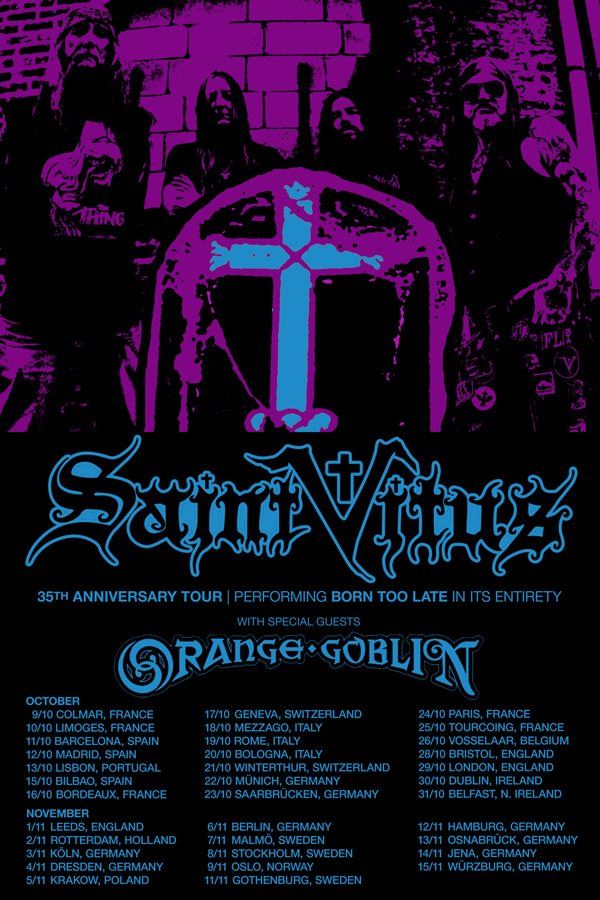