SAMAEL Going Back To Its Roots With 'Above'

After completing work on the material for their ABOVE side project, Swiss industrial metallers SAMAEL have decided that "Above" will no longer be a project but the title of their new album.

Commented SAMAEL frontman Vorph: "After 20 years, we've tried to do an album that would represent what SAMAEL is all about and we did 'Solar Soul'. We feel now it is the right time to [remind] the people where we come from and that's exactly what 'Above' will do. It is like an enhanced version of our three or four first albums, maybe the missing link between 'Cermony Of Opposites' and 'Passage'. With the 'Era One' project we've tried to work on different influences; with 'Above' we stripped everything down. It is a metal album through and through."

SAMAEL will embark on the "Solar Soul Balkans Tour 2009" in January/February. The trek will consist of 14 shows and will include support from Norway's KEEP OF KALESSIN and Slovenia's NOCTIFERIA.

In October 1988, SAMAEL released its self-produced seven-inch EP "Medieval Prophecy". 20 years later an official and strictly limited edition is now available on CD. It contains all the demos and rehearsal recordings prior to "Worship Him". Fully re-mastered and limited to 1,200 numbered copies, it comes as a deluxe digipack with rare graphics and liner notes and is only available through the SAMAEL online shop. 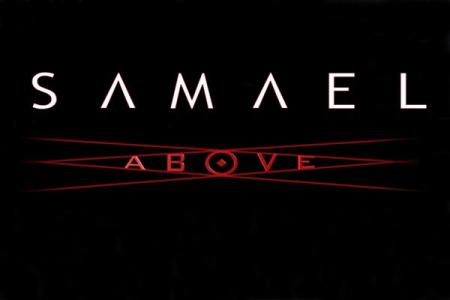