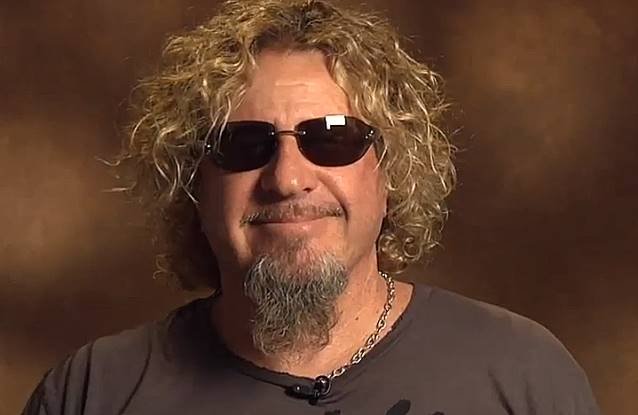 Hagar will release "Light Roast", a collection of acoustic versions of some of his best-known songs, later in the year via his web site. In a video greeting to his fans, dubbed "Redheads", Hagar said that he will not embark on an acoustic tour support of the CD, although he hopes to add an acoustic segment to his concerts in the future.

Regarding the recording process for "Light Roast", Hagar said: "It was just me and Vic [Johnson; longtime guitarist of WABORITAS, Hagar's backup band] live in the studio with no overdubs. Just two guitars, sometimes one guitar, sometimes just one voice, sometimes two voices."

Hagar added: "I started to learn how to sing like that. I have the hardest time singing without a whole band behind me, but I learned how to do it and it really helped me. It will make me a better singer."

The idea for "Light Roast" was spurred by Hagar's preparation for the first annual "Acoustic-4-A-Cure" concert, which was held on May 15 at the Fillmore in San Francisco, California. The event benefitted the Pediatric Cancer Program at UCSF Benioff Children's Hospital, and featured solo sets, duets and jam sessions.

Sammy Hagar's first-ever rock collaborations album, "Sammy Hagar And Friends", sold around 15,000 copies in the United States in its first week of release to debut at position No. 23 on The Billboard 200 chart. The CD arrived in stores on September 24, 2013 via Frontiers