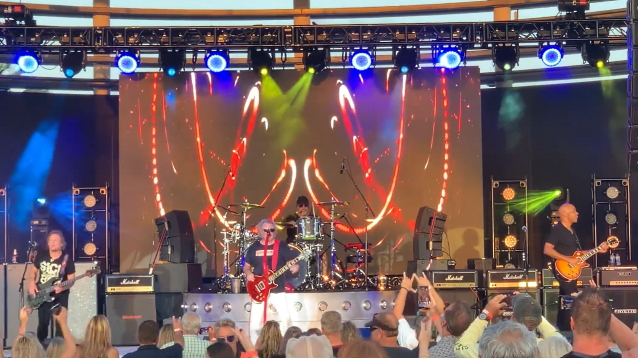 SAMMY HAGAR & THE CIRCLE kicked off a five-date tour of Florida Sunday (May 23) at Key West, Florida's Coffee Butler Amphitheater. Fan-filmed video footage of the concert can be seen below.

Each venue is enforcing a social distancing policy, including the St. Augustine Amphitheatre concerts, which will have a limited capacity with distanced seating and enhanced safety measures. These changes include digital ticketing and mobile concession ordering.

This past January, Hagar told Radio.com that he was reluctant to play socially distant concerts, citing the example of a 10,000-capacity venue with 5,000 fans in the room.

"I just know that those 5,000 people are not going to stay in their seats and socially distance," he said. "The second we start getting it on and I start saying, 'Are we having any fun yet?' and holding the mic up in the air and [singing] 'Right Now', they're going to be at the front of the stage, all unsocially distanced. … It's going get criticized, or I'm going get sued or fined or something." 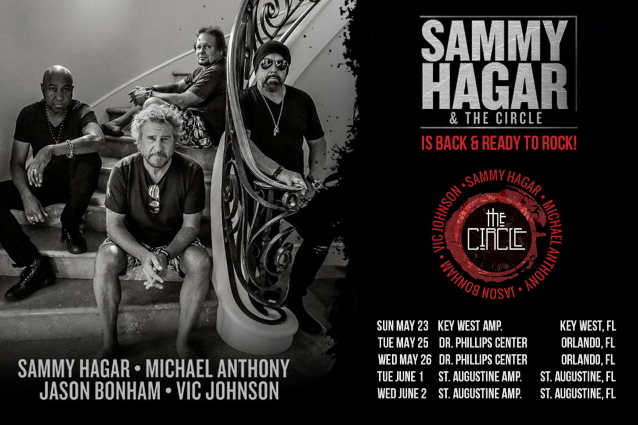