Sammy Hagar has vowed to "make it up" to the fans after his second annual "High Tide Beach Party & Car Show" was canceled less than a week before it was scheduled to take place.

The 2019 edition of the festival was called off after failing to secure the necessary permits.

A statement posted on the event's web site said it was scrapped after California State Parks denied a permit for the festival.

On Saturday, Hagar posted a video message on his Twitter account apologizing for the cancelation and promising to deliver a series of free concerts across the U.S.

Hagar said he will play a free show with his band THE WABORITAS on October 8 in Cabo San Lucas, Mexico, with tickets available on a first-come-first-served basis.

"I'm gonna try and do that throughout the country next year on tour with THE CIRCLE," he added. "Even maybe something this year… Do some free concerts, here and there, pop-up concerts, little club somewhere. Ultimately, I'd love to do a big giant one on the beach. But until we can get all that done, I just wanna say I'm sorry and I'll make it up."

State Parks superintendent Kevin Pearsall told The Orange County Register that the event's production company, Freeze Management, failed to pay all fees for the festival, including those related to public safety. He said the company also didn't produce contracts for sanitation services and hadn't provided safety documentation for the main stage as required by California State Parks and the Office Of The State Fire Marshall.

"For the first time ever, that I've experienced, we are a week out and we were unable to collect fees for any of the required elements of the permit, which included law enforcement, medical and fire," Pearsall said. "We couldn't get any of the documents from [Freeze Management] to finish up the Fire Marshall element or the ABC license. Everything has timelines and limits and every single one of them were not met.

"We decided, at this point, with literally nothing in place, the best thing to do was not to approve the permit."

Like you, I’m surprised & disappointed about High Tide, & sorry for fans who are inconvenienced - I’ll make it up to you Redheads, starting w/ extra free show 10/8 w/ the Wabos in Cabo! Old style: first come, first served#ImDisappointedToo#RedheadsRule#FansFirst#SeeYouInCabopic.twitter.com/pCvozdv3gQ 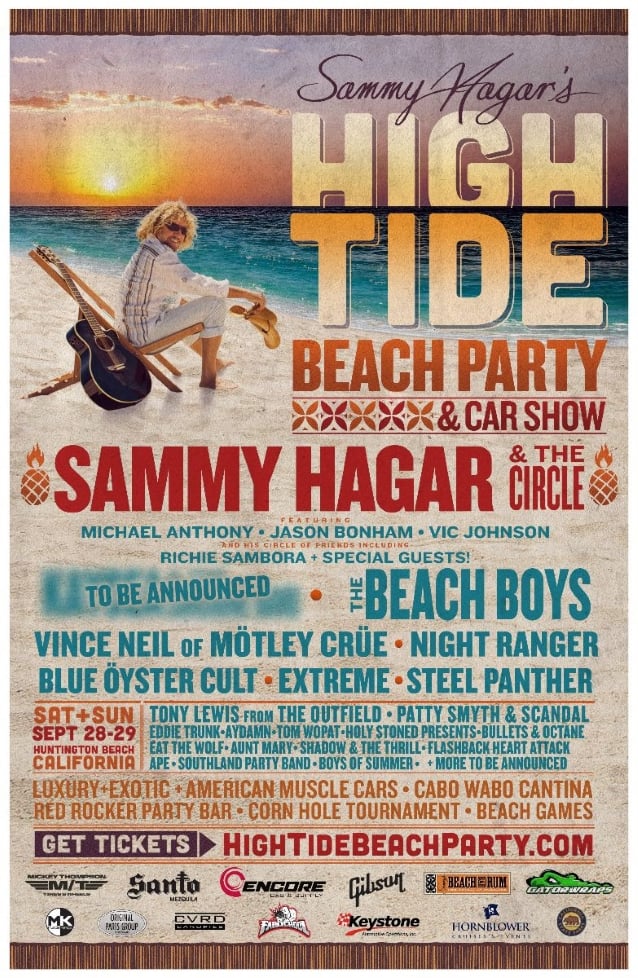