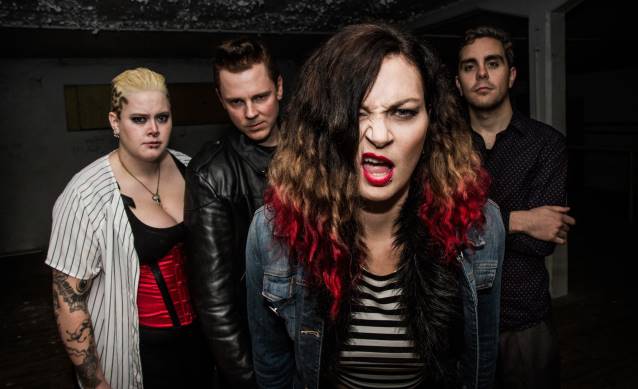 SASSY KRAIMSPRI's new EP, "Cock Fight 1", was released on January 22 via Lady Luck Records. It is available on seven-inch vinyl, CD as well as digitally.

SASSY KRAIMSPRI started after U.S. expat Sassy moved home to birth country Norway with her Australian husband Dick Deviant. After years of messing around in the underground of New York (where Sass notoriously fired Patti Smith's guitar-genius son from her riot grrrl band because he played too many solos),then Sydney in separate punk rock bands, the couple were ready to get shit started in their new home.

In 2006, after the release of stoner punk single "Toy Boy", the band was praised by New York music blog CMJ.com as "angry, impassioned chick-rock at its most deliriously screeching apex." They played Toronto's North By North East and got a gig at New York punk institution CBGB before they closed their doors forever. The album "Dirty White Lies" was ready for release in 2008 and brought them to countless major festivals in Norway, sharing a stage with STONEGAARD, TURBONEGRO, IDA MARIA as well as garnering a nationwide release and an insane, whirlwind tour in China.

2010 saw the recording of "The Pussy Magnet" EP with U.K. producer Russ Russell (THE EXPLOITED, DIMMU BORGIR, NAPALM DEATH). The EP came out in 2011 and brought them all over Norway. They got opening slots with larger Norwegian acts such as DATAROCK and DJERV and ex-HOLE bassist Melissa Auf Der Maur. The radio in Norway perked up, naming the band exciting newcomers. They rode this success to shows in England and Germany and finished it all off with a performance if songs "Oh My" and "Three" with Krisitiansand Symphony Orchestra accompanying.

The band is now ready to release three more EPs; "The Cock Fight Trilogy". Always tongue-in-cheek, sex, drugs and rock and roll references aside, these new EPs show a growth in subject matter, songwriting and musicianship. Recorded with Russell once again, the aim was to capture the raw, bristling energy the band have become known for live, as well as highlight all their nuances of yearning, hedonism, anxiety and escapism.

You can listen to the EP on SoundCloud. 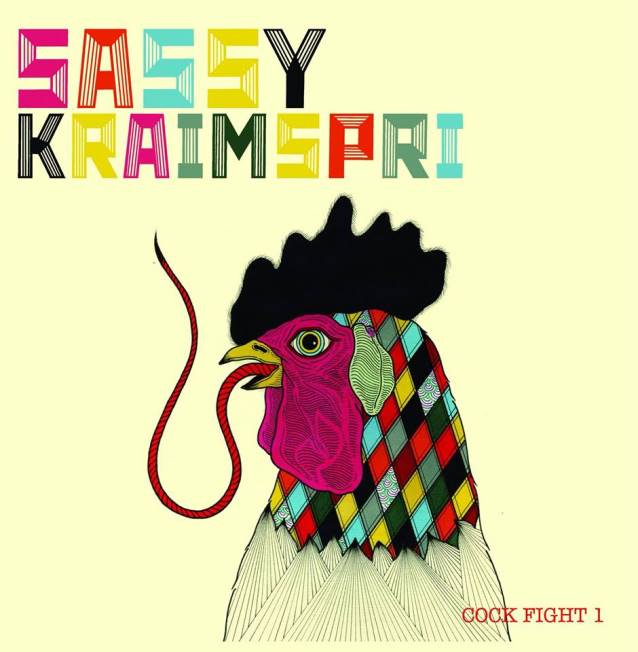