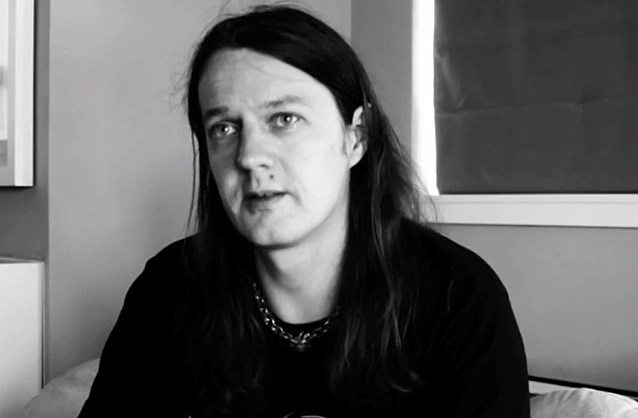 Metal Hammer editor Alexander Milas recently conducted an interview with Sigurd "Satyr" Wongraven of Norwegian black metallers SATYRICON for the "Metal Hammer" radio show on TeamRock Radio. You can listen to the chat using the SoundCloud player below.

SATYRICON's new, self-titled studio album was released on September 9 in Norway via Indie Recordings, and in the rest of Europe through Roadrunner Records. The CD, which will be made available on September 17 in North America via Nuclear Blast Entertainment, was produced by Sigurd "Satyr" Wongraven and was recorded in Norway, and mixed by Adam Kasper. The effort features a guest appearance by Sivert Høyem, the Norwegian singer best known as the vocalist of the rock band MADRUGADA.

Comments Satyr: "We are back! Sorry it took so long, but we needed the time to be able pull off a record like this.

"Comparing this one to previous records is time wasted, it is SATYRICON; constantly on the move.

"Naming this record 'Satyricon' was the most obvious thing in the world. We have never done a record which captures the spirit of this band in such a way. Ever. It will demand a lot from you as a listener, but I know you will love it. It will grow on you and that is why it will stay with you forever.

"We won't tour as much in the future as we used to, and that will just make every tour more special. This album and this tour is for you and ourselves. It is our moment!"

Speaking to AOL's Noisecreep at this year's Inferno festival, Satyr stated about SATYRICON's new album: "To me, it sounds very authentic, it's organic-sounding. And in this digital age where music is mostly played through computers, a lot of that analog vibe gets lost in translation when you play music through medias like that, but I still wanna do it because there's nothing quite like it. To me, it just makes everything sound the way it's supposed to sound — it's dynamical; the music is alive, it's not overly compressed, the levels are not pushed. So, musically speaking, it's a very atmospheric record… This record is full of life. There are a lot of surprises here, but I think it's gonna be a record that's gonna help the black metal movement perhaps find a new way for the future."