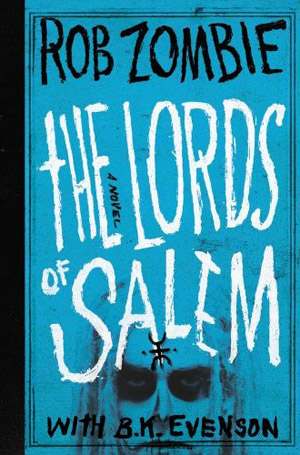 Vocalist Sigurd "Satyr" Wongraven and drummer Kjetil-Vidar "Frost" Haraldstad of the Norwegian black metal band SATYRICON have expressed their disgust over the reports that the "Lords Of Chaos" book is being turned into a movie.

Michael Moynihan and Didrik Soderlind's book claims to depict "true events" and revolves around the black metal sub-culture that spawned a wave of murders and church arsons across Norway in the early 1990s.

Jackson Rathbone, the teen heartthrob from "Twilight", has reportedly agreed to play Varg Vikernes (a.k.a. Count Grishnackh) — the former BURZUM mastermind who served a lengthy Norwegian prison term for the August 1993 murder of MAYHEM guitarist Oystein Aarseth (a.k.a. Euronymous) and setting fire to three churches — in the "Lords Of Chaos" movie.

Making his English-language debut with "Lords Of Chaos" will be hot Japanese director Sion Sono.

Stuart Pollok of Los Angeles-based Saltire Entertainment, Ko Mori of Eleven Arts and Oh Jungwan of Korea's Bom Productions are producing the film, which starts shooting in Norway in mid-September.

Speaking to Pål Nordseth of Norway's Dagbladet.no, Satyr said, "Now that the focus on black metal finally has shifted towards the actual music, this gossip journalism in the shape of a book is made into a movie. Since 'Lords of Chaos' is an incredibly bad book, I can only assume the movie will be bad as well."

Both musicians stressed that they do not want to give any extra publicity to the movie. They also flat-out declined to comment on Varg Vikernes' recent release from prison.

Three years ago, plans had been underway to make the "Lords Of Chaos" book into a film. However, the producers lacked funding at the time.

Now, however, with funding underway, producer Pollok was in Cannes in May to promote the project.

Regarding hsi decision to make the film, Pollok told Dagbladet.no, "It is a fascinating topic, a great visual world to depict, and a fun portrayal of Norway. Black metal is possibly the largest cultural export of Norway in the past twenty years."

In his manuscript to Norway's Hans Fjellestad, Pollok revealed that the film will be based on actual events.

It will be a story of youth and youthful energy, said Pollok, but he emphasised that the film will fall under the teen film category, and that it will be a psychological horror film.

The events that came to pass are interesting and fascinating, said Pollok.

Pollok confirmed to Dagbladet.no that he will also be casting Norwegian actors.

Svein Andresen of Film Camp, which is responsible for the Norwegian recording locations and production, stated, "What happened has been widely known to the public for a long time, and is now known worldwide. This was a gang that declared war on society. Actually, it is not surprising that Norwegian filmmakers have picked up on this piece of history."

In a 2004 statement posted on the Burzum.org web site, Vikernes slammed the "Lord Of Chaos" book as "a pool of mud," insisting that "the vast majority of all the statements made in this book are either misinterpretations; taken out of context; misunderstandings; malicious lies made by enemies; a result of ignorance; extreme exaggerations; and/or third-hand information at best. This includes the statements attributed to me!" He went on to say, "This book serves only one single purpose and that is to create a myth around my name and to mystify me. If that was their objective they have indeed succeeded with their work. Well, the book seems to have served one other purpose too. The authors have managed to fill the heads of a generation of metal fans with lies. What could have been a righteous revolt has been made into some pathetic, embarrassing, brain-dead, impotent and traditional poser-culture best exemplified by bands like DIMMU BORGIR — and indeed VENOM!"