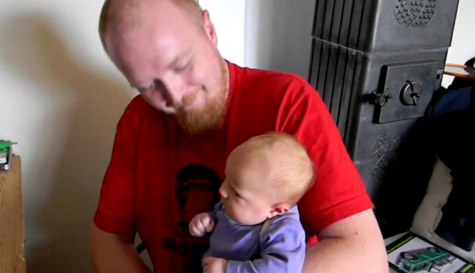 The parents of a Norwegian girl suffering from colic — a condition in which an otherwise healthy baby cries or screams frequently and, for extended periods, without any discernible reason — have found a way to keep her quiet: by subjecting her to the sounds of the Norwegian black metal band SATYRICON.

According to the couple, Bianca was crying from morning to night for 14 weeks straight— except when she heard SATYRICON's music.

"We tried other [types of bands], something not as hard as SATYRICON. But even RAMMSTEIN was rejected," Bianca's mother, 37-year-old Jeanette Orme, tells the Fredriksstad Blad newspaper.

Check out the video below to see SATYRICON's killer track "K.I.N.G." working some magic on baby Bianca.