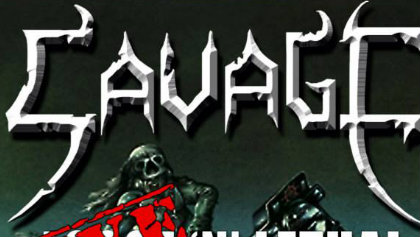 Mansfield, England-based heavy rockers SAVAGE are planning to record their first live album in their hometown.

The four-piece band is playing the Old Library Theatre on Saturday, February 1 and will record the entire gig for release later in the year.

SAVAGE has not played in Mansfield for many years, concentrating mostly on European gigs in addition to performing in New York in 2000.

METALLICA famously covered one of SAVAGE's tracks ("Let It Loose") and often played it at early gigs in San Francisco.

The Old Library gig promises to be very special, as the band will play all the tracks from its debut album, "Loose N Lethal", as well as some newer material.

As well as preparing for this live recording, the guys are also writing a new album, which they intend to record after a short European tour in April. Both recordings will be released simultaneously later in the year under the title "Live n Lethal".

Chris Bradley, SAVAGE singer and bass player, says of the Mansfield gig: "This will be a special night for us.

"Even some of our family and friends have yet to see the band live. Also, everyone who buys a ticket in advance will be sent the new album free of charge when it's released!

"It will be the first time we've played the first album from start to finish in the U.K." 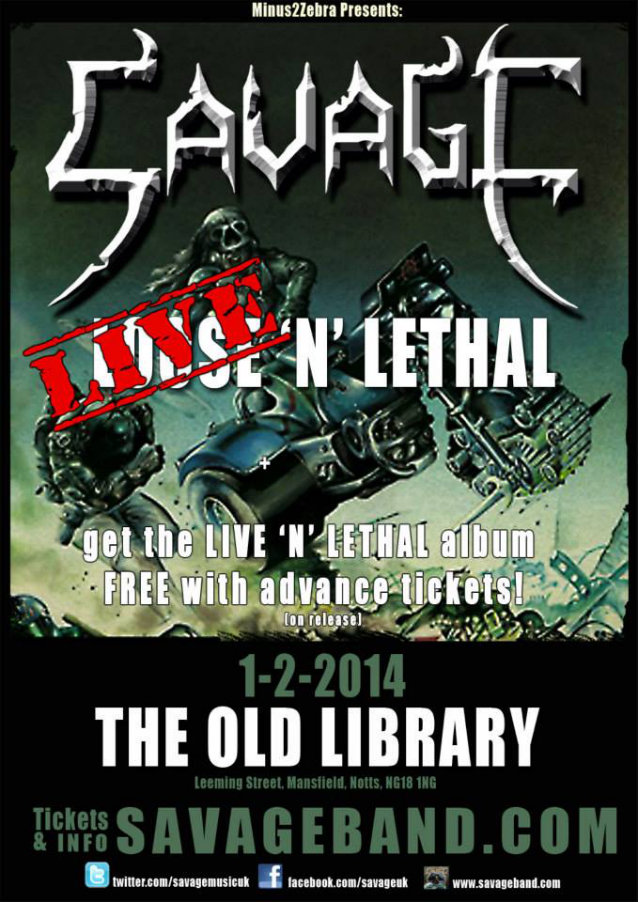