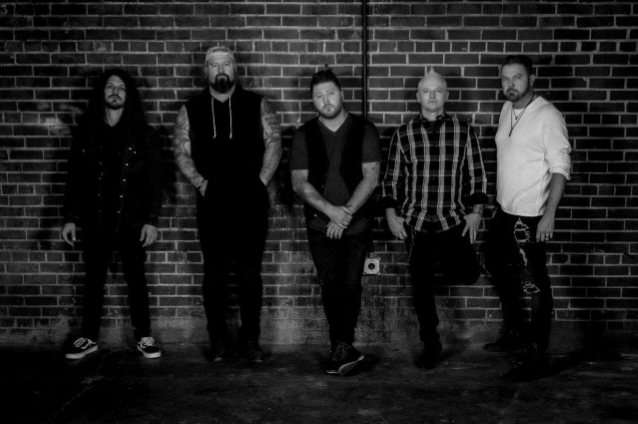 SAVING ABEL has announced the return of original vocalist Jared Weeks. A new EP, "Shade Of Grace - Twenty Year Songs", which revisits some of the group's earliest material, will be released this Friday, July 9.

"Shade of Grace - Twenty Year Songs", a nod to SAVING ABEL's original moniker when the band first formed back in 2005, contains reworked versions of the earliest tracks written by co-founders Weeks and guitarist Jason Null.

"Our producer Skidd, Jared and myself all started going back to those songs independently of each other," Null explains. "We all felt drawn back to the beginning without even speaking to each other about it initially. So, that's what we did."

Prior to the announcement of the departure of Scotty Austin, who replaced Weeks in 2013, Weeks and Null had already entered the studio with producer Skidd Mills for the first time in nearly a decade to re-examine the older tracks.

"You never know how it's gonna feel," Weeks says. "Like, will this be weird? Will we still have that cool thing we had in the beginning? Well, let me just tell you, it's there. I felt like I was back to that young, excited, not jaded guy. There's just something about the three of us together that is magic." The sessions even produced a new track, further proving that the connection is still there.

Meanwhile, a shift in SAVING ABEL was taking place, with Austin deciding to take a step back and pursue his own path, just as Weeks and Null are reminiscing about how SAVING ABEL started.

"Shade Of Grace - Twenty Year Songs" is a stroll down a nostalgic road where it beautifully showcases how SHADE OF GRACE became SAVING ABEL and how a small duo from Corinth, Mississippi could take its big dreams and turn them into big realities.

SAVING ABEL is currently at work on a fall 2021 "essentials" album featuring three previously unreleased songs and a spring 2022 studio return, with Weeks once again fronting the band.

"The sky is the limited for us right now," Weeks says. "We already made the mistakes and poor decisions. Now we get to do it our way, with a little more clear headedness and a lot more guitar solos."

Founded in 2005 by Weeks and Null, SAVING ABEL is a southern rock band with catchy hooks and heavy riffs. The Mississippi quintet broke on to the scene with its first single, "Addicted", from 2008's self-titled "Saving Abel", which climbed its way through the mainstream rock charts to the Billboard Hot 100 and Top 40. The group's debut charted on Billboard's Top 50 and became RIAA-certified platinum, as well as delivering two more No. 1 singles in "18 Days" and "Drowning (Face Down)".

SAVING ABEL's sophomore album, "Miss America", followed similar suit, debuting in the top 25 albums and producing similar-charting singles with "Stupid Girl (Only in Hollywood)" and "The Sex is Good". After five Top 10 Billboard-charting singles, SAVING ABEL went back into the studio for their third record, "Bringing Down The Giant", which saw the title track breaking top 10 on multiple charts.

After non-stop touring and writing, Weeks made the decision to step back for a much-needed break and to pursue a solo career. SAVING ABEL continued touring, with Austin filling Weeks's shoes.

SAVING ABEL has received multiple awards from MTV, VH1, Fuse, BMG and Music Choice. "Addicted" won most played song of the year and has hit over 105 million streams on Spotify and over 200 million as a band. Their tours have included some of the top-grossing tours of all time with bands such as NICKELBACK, PAPA ROACH, SHINEDOWN and SEVENDUST. 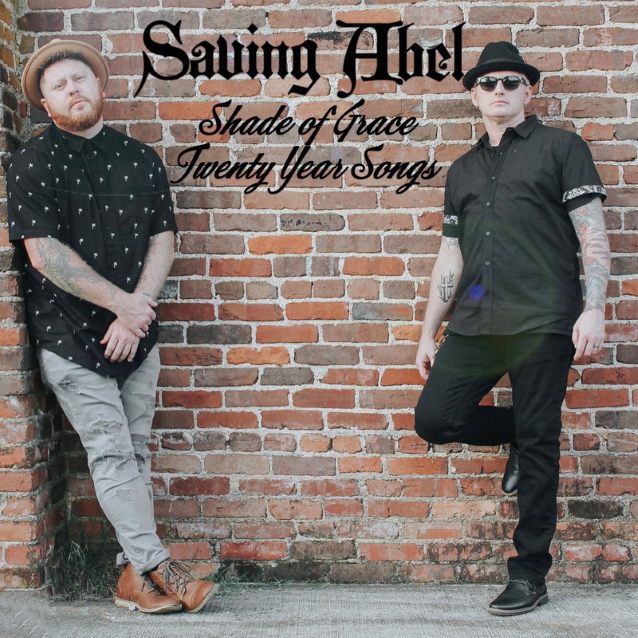