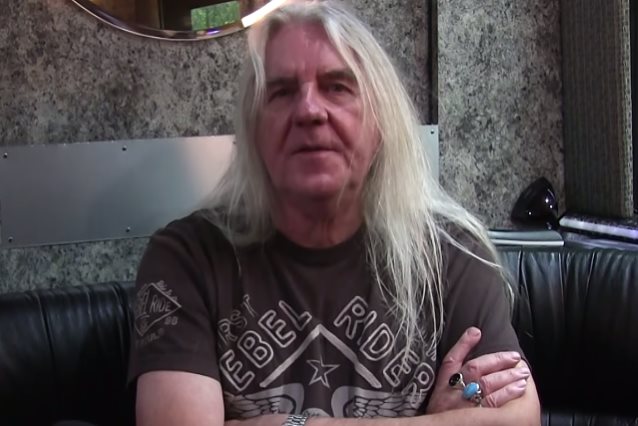 "Thunderbolt" will feature the song "They Played Rock And Roll", written about and dedicated to MOTÖRHEAD. Byford previously said that he gave the track that title because "that's what Lemmy used to say every night [from the stage]." He added: "It's basically about early MOTÖRHEAD — '79/'80 MOTÖRHEAD, like around 'No Sleep 'Til Hammersmith', 'cause that's the tour we were on, that one. So, yeah, it's about the band, really, and their music."

Like "Battering Ram", SAXON's upcoming effort will feature Byford alongside Paul Quinn and Doug Scarratt on guitar, Nibbs Carter on bass and Nigel Glockler on drums.