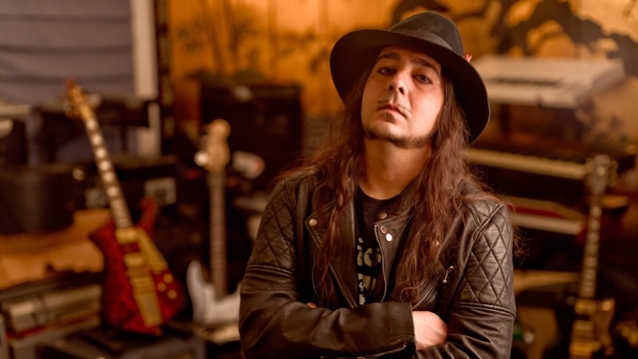 Daron told Rolling Stone about the clip: "'Guns Are Loaded' isn't necessarily about specific things, but more about a feeling or emotion. The song is about a feeling of anger, a feeling of a breaking point, or times when the world is coming down on you… The skulls and devils are symbols for parts of us within. When you're to the point when life is coming down around you, sometimes a darker side, a darker feeling or darker thoughts come out of us. When we are afraid, frustrated or angry, that side may show itself. The guns also symbolize something too: The song isn't necessarily about actual guns, but they represent the desperation of a moment."

SCARS ON BROADWAY will embark on a short West Coast tour in early March.