Vegas Rocks! Magazine has announced that SCORPIONS will make an appearance to receive the "Classic Rock Outstanding Lifetime Achievement" award at the first annual Vegas Rocks! Hair Metal Awards. In addition, German metal queen Doro Pesch will be presented with the "Metal Goddess" award at the event, which will be held Sunday, May 15 at the Casablanca Event Center At Eastside Cannery Casino in Las Vegas, Nevada.

Vegas Rocks! Hair Metal Awards will feature a special performance at the end of the show by TWISTED SISTER, which is celebrating its 40th anniversary this year with the release of the acclaimed documentary "We Are Twisted F***ing Sister!", a three-CD live set, the release of a memorial concert to their fallen brother A.J. Pero, and a farewell tour titled "40 & F*ck It!"

Producer and co-host of the event and Vegas Rocks! Magazine publisher Sally Steele says: "We are thrilled to welcome and honor great artists like SCORPIONS and TWISTED SISTER who have made such a brilliant contribution to music over the decades. There are also many other artists from the era of the '80s who were never given much credit as great musicians and we are here to also show them recognition.

"The first part of the show will be artists from the Sunset Strip era and the second half will feature more of the metal genre of national artists."

Other artists slated to appear and to be honored/featured at the Vegas Rocks! Hair Metal Awards are QUIET RIOT, WINGER and ANGEL (full original lineup). There will also be a tribute to MOTÖRHEAD's Lemmy Kilmister, which will include a performance by major metal stars.

The event will be preceded by a Grand Rock 'N' Roll Royal Red Carpet media event at 6 p.m., with appearances with major celebrities and some of the most famous rock artists in the music industry. 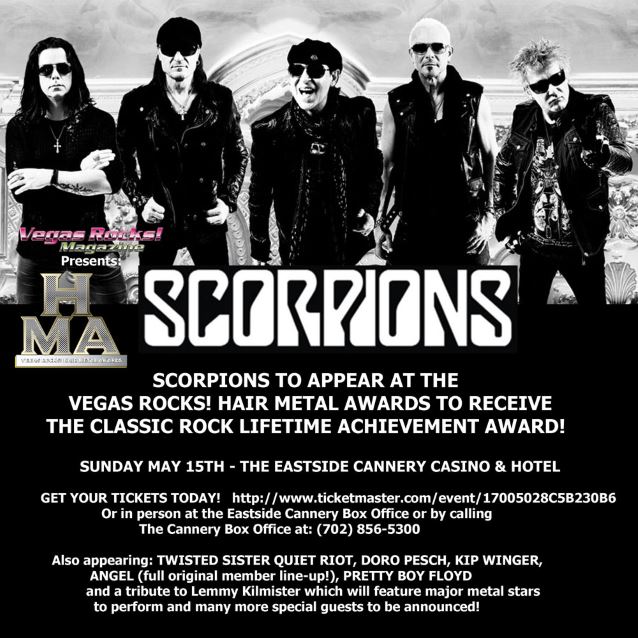 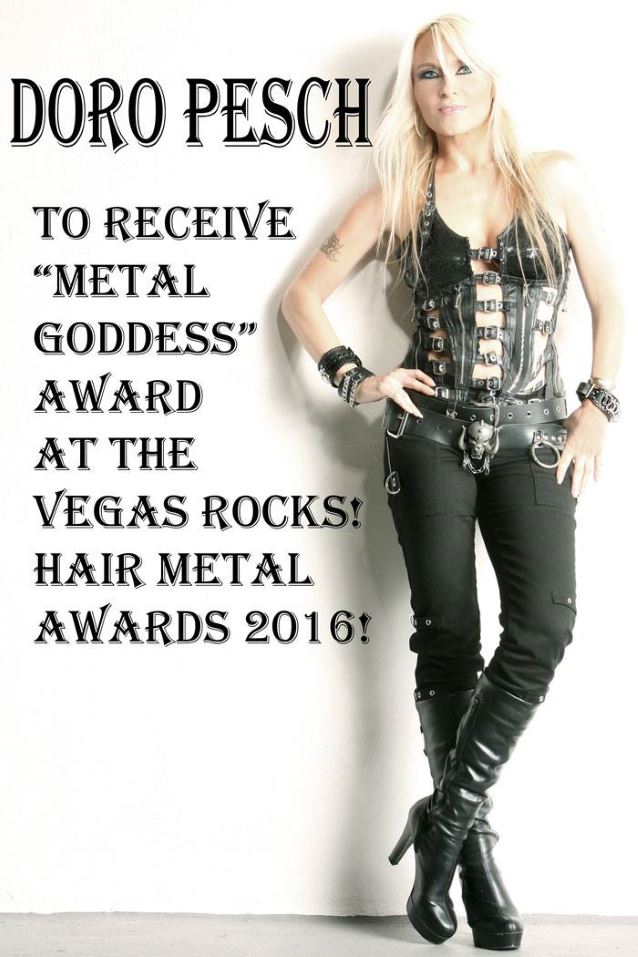