SCORPIONS drummer James Kottak will perform one night only with his band KOTTAK (in which he plays guitar and sings) on February 7 at Coach's in Lancaster, California. The show is in celebration of radio DJ Jeff Duran's one-year anniversary back on Southern California airwaves.

The concert was organized by club owner Joey Raborn, a 30-year resident and avid rock fan who feels the High Desert lacks good concerts and radio DJs, "The combination of KOTTAK and Duran's radio show fills a major gap here," he says. Raborn doesn't feel that the slow economy will affect the turnout and says, "Calls are coming in from Los Angeles and even further."

Coach's is located 50 miles out of Los Angeles in Lancaster, California and has been open for business since 1989. Show will starts at 8:00 p.m. with Christian metalcore act EMPIRE OF LIGHT opening. The Antelope Valley-based group recently became the most requested local band on Duran's afternoon show, which is heard locally on KKZQ 100.1 FM.

Duran, who began his career as a child actor (appearing in ABC series "The Wonder Years" and the 1987 movie "No Man's Land"), will hosting and broadcast live before the concert.

Since 1994, Duran has worked as a radio DJ on KLSX in Los Angeles and as a stand-up comedian.

Prior to joining SCORPIONS, Kottak was a drummer for MONTROSE, KINGDOM COME, WILD HORSES, MCAULEY SCHENKER GROUP and WARRANT.

KOTTAK formed in 1998 as KRUNK, with Athena, rocker Tommy Lee's younger sister, who is also a drummer and member of KOTTAK (in addition to being married to Kottak). 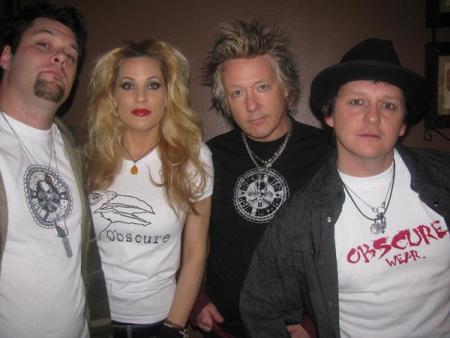